Several community members, including parents and teenagers, came together in support of small businesses that fell victim to looting.

Protests continued across Los Angeles County in response to the aftermath of the death of George Floyd at the hands of police in Minneapolis.

Officials say protests started peacefully, but that shifted once looters and vandals joined and hit several businesses in the area.

Multiple small businesses located in a strip mall on the intersection Vanowen Street and Haskell Avenue were in the path of destruction Monday night. 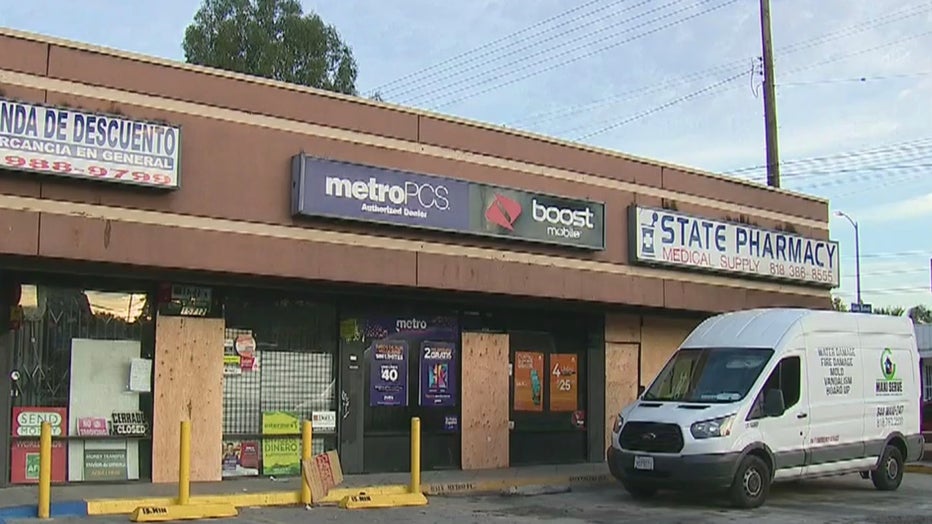 Just last week, stores were given the green light to reopen as the state slowly lifts restrictions on its Stay-at-Home order implemented in March.

However, as a result of looting and vandalism, some businesses suffered water and smoke damage and will not be able to operate.

State Pharmacy was looted and set on fire and suffered a total loss, officials said.

Business owners were cleaning up their stores Tuesday morning after a night of unrest in the aftermath of the death of George Floyd at the hands of police.

In addition, suspected looters were arrested at a Walgreens in Van Nuys. Officials said the looting seemed “planned,” as though it was predetermined which businesses they’d hit.

The California Board of Pharmacy is recommending that pharmacies located in areas of civil unrest board up and close.