OGDEN, Utah - When Trooper Rick Morgan saw drivers maneuvering away from a slowly-swerving SUV on Monday, he thought he was about to pull over an impaired driver.

The driver complied with Morgan's siren and pulled to the shoulder of the freeway. But when Morgan got to the driver’s window, he didn’t find an adult behind the wheel.

Morgan said he asked the driver, a 5-year-old boy, where he was headed. 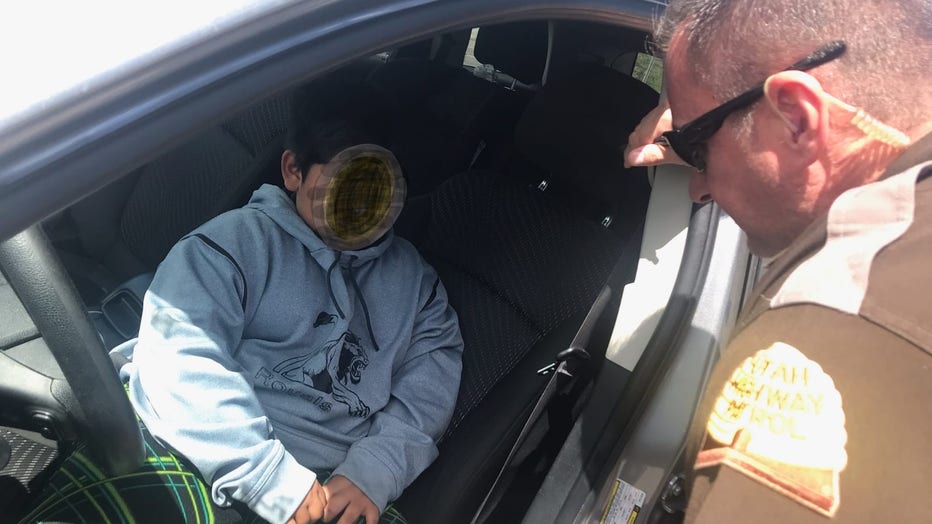 Troopers in Utah pulled over a 5-year-old boy who took his parents’ car so he could go to California to buy a Lamborghini.(Credit: Utah Highway Patrol)

The trooper said the boy has gotten into an argument with his mom. When she told him she wouldn’t buy him a Lamborghini, he took the family’s vehicle and set out for his sister’s house in California, Morgan said.

There, he planned on buying the Lambo. Even so, he would have only run into a dead end.

Despite visibility issues difficulty reaching the foot pedals, troopers said the boy had driven several miles by the time they pulled him over.

“He was sitting on the front edge of his seat so he could reach the brake pedal,” Morgan explained.

Nobody was hurt, but authorities admit it could have been much worse had the child driven much further. Eventually, law enforcement reunited him with his parents.

“He was upset. He was on the verge of tears,” Morgan said. “I don’t think we will see him in this situation again soon.”