WASHINGTON - The number of Americans seeking unemployment benefits fell last week to 340,000, a pandemic low, another sign that the job market is steadily rebounding from the economic collapse caused by the coronavirus pandemic.

Vaccinations for COVID-19 have been supporting the job market by encouraging businesses to reopen or expand hours and consumers to return to restaurants, bars and shops. In response, employers across the country have been boosting hiring to meet a surge in consumer demand.

Still, a resurgence of cases tied to the highly contagious delta variant has clouded the economic outlook. COVID-19 cases are now surpassing 135,000 a day, up from fewer than 12,000 in early July.

The pace of weekly applications for unemployment aid is still high by historic standards. Before COVID-19 hit the United States hard in March 2020, the number averaged around 220,000 a week. 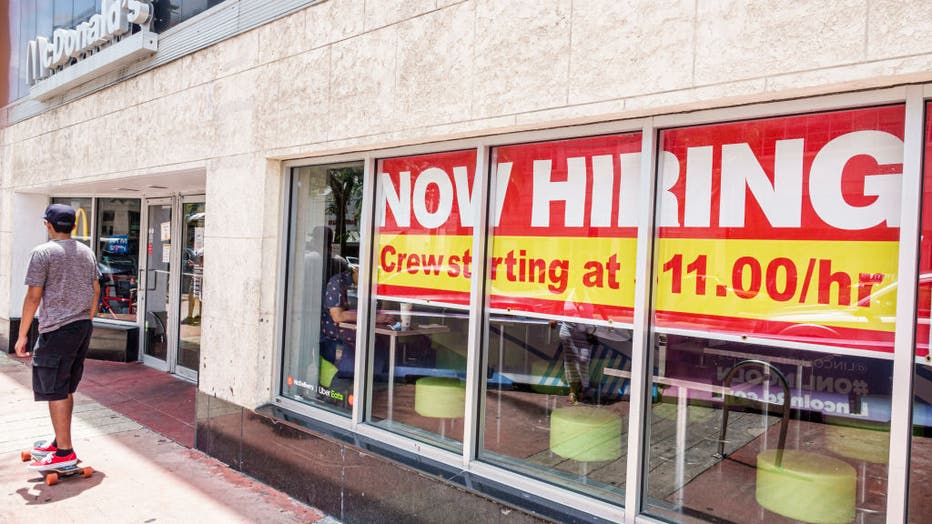 Filings for jobless aid have long been regarded as a real-time measure of the labor market’s health. But their reliability has diminished during the pandemic. In many states, the weekly figures have been inflated by fraud and by multiple filings from unemployed Americans trying to navigate bureaucratic hurdles to obtain benefits. Those complications help explain why the pace of applications remains unusually high despite strong hiring.

The job market has been rebounding since the pandemic paralyzed economic activity last year and employers slashed more than 22 million jobs in March and April 2020. The nation has since recovered 16.7 million of the jobs, and economists have estimated that Friday’s jobs report for August will show that employers added 750,000 more last month. Posted job openings — a record 10.1 million in June — have been rising faster than applicants have lined up to fill them.

A $300-a-week federal benefit, which was made available to the unemployed on top of their regular state jobless aid after the pandemic hit, will expire Monday. When it does, more than 11 million people in 35 states, the District of Columbia and Puerto Rico will lose at least some benefits, estimates Greg Daco, chief U.S. economist at Oxford Economics. Of those, 8.9 million will lose all their jobless aid; 2.1 million will lose the $300-a-week federal check but will continue to receive state unemployment aid.

Twenty-five states, seeking to push the jobless back to work, had already halted the federal aid for an additional 3.5 million people, Daco said.

In a report last week, economists Peter McCrory and Daniel Silver of J.P. Morgan found "zero correlation″ between job growth and state decisions to drop the federal unemployment aid, at least so far. They warn that the loss of income from a cutoff of unemployment checks "could itself lead to job losses, potentially offsetting any gain″ from encouraging more people to go back to work.

More than 2.7 million people were receiving traditional jobless benefits in the week of Aug. 21, down from 2.9 million the previous week and the lowest level since the pandemic struck.

Including federal benefits, nearly 12.2 million were receiving some type of unemployment benefits in the week of Aug. 14, down dramatically from 29.7 million a year earlier.

That drop is a result, in part, of the increased number of people working and no longer receiving jobless aid. But it also reflects the cancellation in many states of a federal unemployment aid program for the self-employed and a separate program for the long-term jobless.