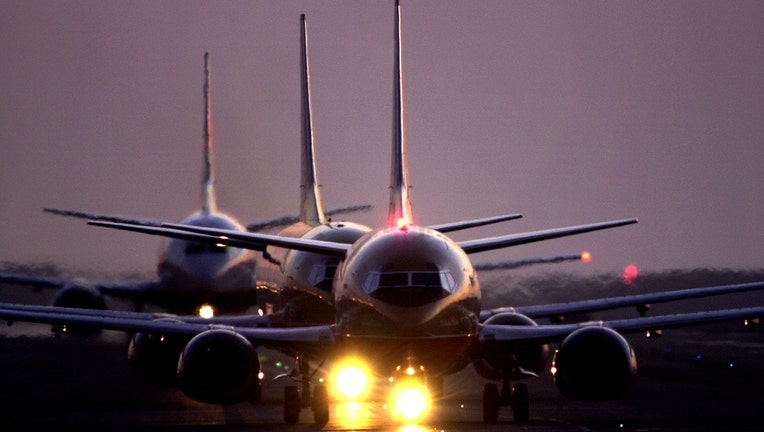 WASHINGTON - FAA Administrator Steve Dickson signed an order Wednesday directing stricter legal enforcement of a policy against disruptive airline passengers amid an uptick in "violent behavior" on flights, according to the agency.

"The FAA has seen a disturbing increase in incidents where airline passengers have disrupted flights with threatening or violent behavior. These incidents have stemmed both from passengers’ refusals to wear masks and from recent violence at the U.S. Capitol," the FAA said in an announcement released Wednesday.

Security tightens at Capitol amid threats of violence, upcoming inauguration

Hundreds of National Guard members gathered on the floor of the U.S. Capitol on Jan. 13, as lawmakers neared the second impeachment of President Donald Trump in the wake of a deadly siege by his supporters.

"Flying is the safest mode of transportation and I signed this order to keep it that way," Dickson said.

According to the FAA, in the past, the agency has addressed unruly passenger incidents using a variety of methods, ranging from warnings to civil penalties.

But now, the FAA will not address cases of violence and disruption on flights with warnings or counseling. Instead, the agency will pursue legal enforcement action against any passenger who "assaults, threatens, intimidates, or interferes with airline crew members."

"Passengers who interfere with, physically assault, or threaten to physically assault aircraft crew or anyone else on an aircraft face stiff penalties, including fines of up to $35,000 and imprisonment. This dangerous behavior can distract, disrupt, and threaten crewmembers’ safety functions," the FAA’s press release read.

The FAA stated that it has initiated more than 1,300 enforcement actions against disruptive passengers during the past 10 years, which includes recent cases involving the alleged assaulting of flight attendants who asked passengers to wear masks.

The FAA’s announcement came in the wake of numerous videos posted of disorderly behavior on recent flights, including an American Airlines flight to Phoenix, where the pilot threatened to "put this plane down in the middle of Kansas and dump people off."

In addition, last week, Alaska Airlines banned 14 passengers who refused to wear masks and harassed crew members aboard a flight from D.C. to Seattle.

RELATED: Lots of love, singing for President Trump on San Francisco flight ahead of 'Stop the Steal' rally

"While the FAA does not have regulatory authority over aviation security or no-fly lists, the agency works closely with federal law enforcement and national security partners on any reported security threats that may impact aviation safety," the FAA’s press release read.

Last Thursday, American Airlines confirmed that it would no longer be serving alcohol on flights to and from the D.C. area "as a precautionary measure," just one day after Trump supporters stormed the U.S. Capitol.

The modified FAA policy will be in effect through March 30, 2021.