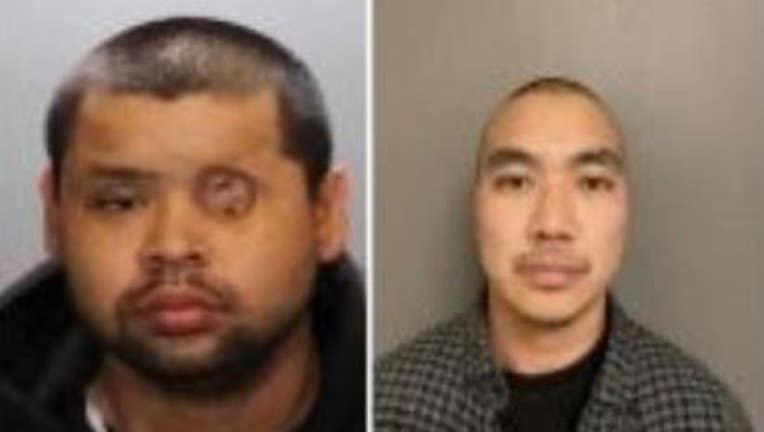 IRVINE, Calif. - Two suspects have been arrested following a brazen armed robbery at an Irvine restaurant; the crime was all caught on security cameras.

According to Irvine police, the suspects, 28-year-old Allan Hoang and 25-year-old Alanmichael Babauta, entered the restaurant through the rear door armed with loaded handguns and demanded all the employees to gather in the bathroom.

One of the suspects stayed with the employees and demanded they hand over their wallets and cell phones while the second suspect checked the safe and cash register for any money.

Two suspects, including a former employee, have been arrested following an armed robbery at a barbeque restaurant in Irvine.

Police say they soon found out the register and safe were empty, so they fled through the back door. The suspects did manage to get away with the victims’ property.

Hoang was an employee of the restaurant in 2017.

Both suspects were arrested days later.  Babauta was driving a stolen vehicle at the time of his arrest. Police recovered a silver semi-automatic handgun when arresting Hoang.