The incident happened on October 9th just before 11 p.m. at their location on W. Jefferson Blvd. near South La Brea Ave.

The Society for the Prevention of Cruelty to Animals Los Angeles (spcaLA) has released surveillance video… hoping the public can help in identifying the suspects.

In a statement, the spcaLA says the two suspect, both men in their 20’s, gained entry into a courtyard and then broke through a secured opening in the roof and got into the pet adoption center. 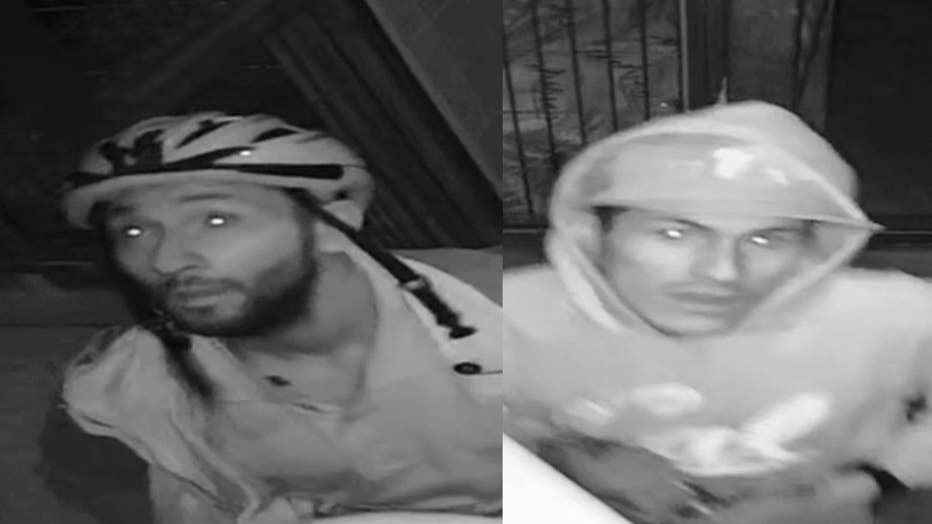 The security alarm was activated and the suspects left the center… only to return two hours later, officials with spcaLA say.

The second time the suspects entered the building the alarm failed to go off, allowing them to freely explore, officials say. In the video the suspects can be seen removing a steel locked safe from the area.

According to spcaLA President Madeline Bernstein no animals were harmed.

“In fact, the burglars did not even go into the kennels. They spent their time in the medical office, presumably looking for money or narcotics,” Bernstein said.

The suspect’s faces were clearly seen on the video. One suspect also has a distinctive “LA” tattoo on his hand.

Anyone with information is urged to contact the LAPD’s Southwest Community Police Station Detective Division at (213) 485-2582.