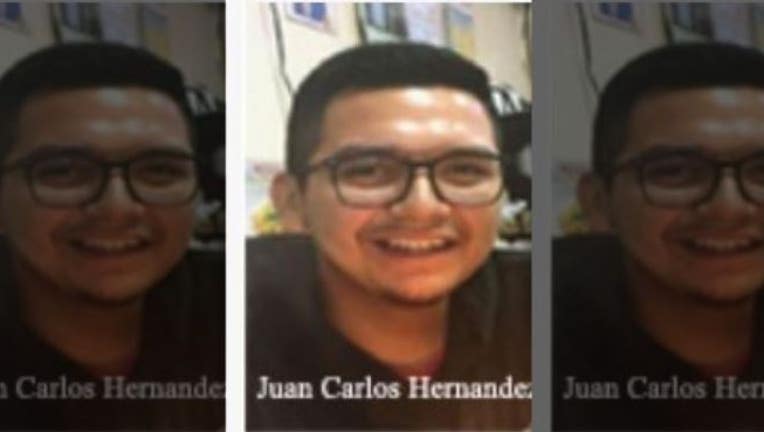 LOS ANGELES - Two suspects have been arrested on suspicion of killing a 21-year-old man after he went missing in South Los Angeles.

The body of Juan Carlos Hernandez was found near Barstow on November 15, nearly two months after his family reported him missing.

Hernandez was last seen on September 22 in the 8100 block of South Western Avenue. His vehicle was found two days later in the 6400 block of South Figueroa Street, nearly three miles away, according to the Los Angeles Police Department.

The Los Angeles Police Department's Robbery-Homicide Division worked
with the FBI to investigate Hernandez's disappearance, and they say their efforts provided detectives with a sequence of events to find Hernandez.

The cause of death has not yet been released, but officials say it appears Hernandez was a victim of a homicide.

LAPD Robbery-Homicide Division detectives, with assistance from a SWAT
team, served search warrants Thursday at the homes of Ethan Astaphan, 27,
and Sonita Heng, 20, who were described as “persons of interest'' in the case.

Astaphan and Heng were arrested on suspicion of murder. They are each being held on $10 million bail, according to sheriff's department records.

The family of Hernandez has created a GoFundMe account to help cover costs during his untimely death.