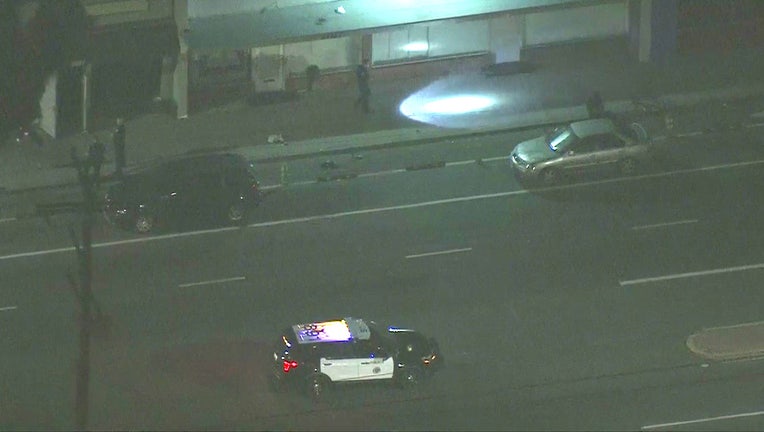 The shooting occured at about 9:20 p.m. in the 1000 block of E. Artesia Boulevard, near the intersection of Lemon Avenue.

He was transported to the hospital by parademics.

Shortly after, police were informed of a second victim who was also shot in the upper torso and legs. Officials say the second victim drove himself to the hospital.

Police said the location of the shooting was an illegal gambling facility and three men and a woman were detained, but it was unclear if they were connected to the shooting.

A suspect description was not immediately available.