In surveillance video from inside the room, Lizandro Solis says you can see two caretakers kick, push, and throw his 87-year-old grandfather. Solis says his grandfather is an amputee with arthritis.

TEXAS CITY, Texas - Two caretakers from a nursing home in Texas City were arrested Thursday and accused of injuring an elderly patient.

In surveillance video from inside the room, Lizandro Solis says you can see the caretakers kick, push, and throw his 87-year-old grandfather. Solis says his grandfather is an amputee with arthritis.

"I don’t even know how to explain it," said Solis.  "We’re in shock. Like [dang], that really happened to my grandpa."

According to Solis, his family put a Ring surveillance system in their grandfather’s room after he complained about previous issues.

"They knew the camera was there," said Solis. "It wasn’t hidden. We put a sign on my grandpa’s door that there’s video surveillance in the room." 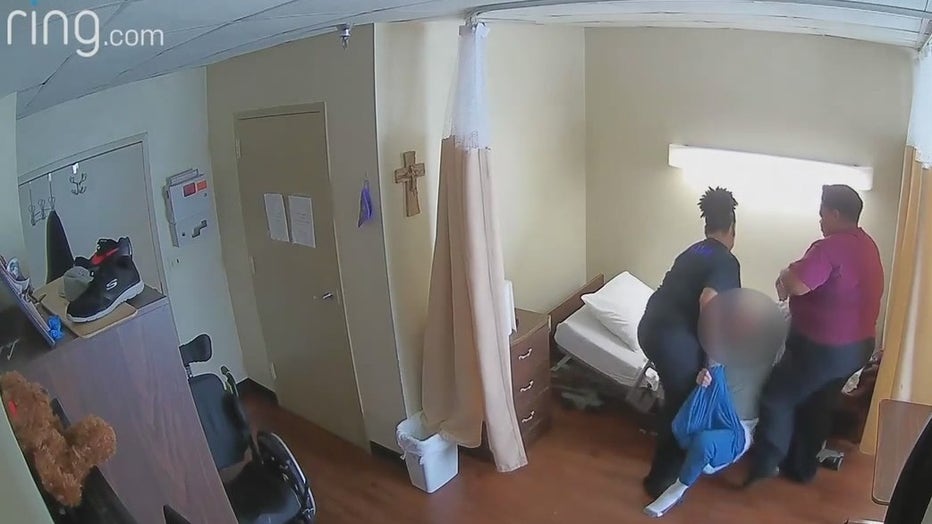 On Sunday, someone from Solidago Health and Rehabilitation called and said the grandfather had been taken to a hospital after falling out of bed. However, Solis says his grandfather’s bruising and black eyes didn’t seem to match with injuries relating to falling from a bed. 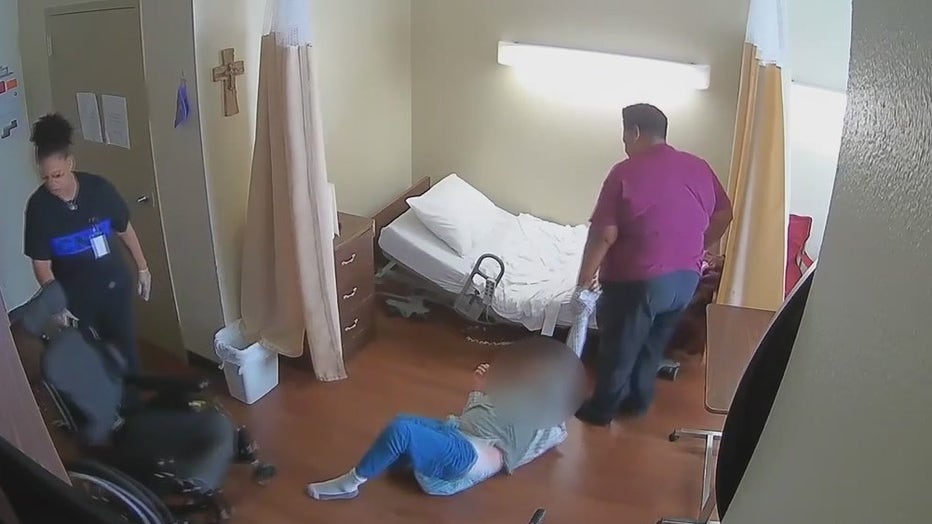 Solis shared the surveillance video with FOX 26 from the incident.

"You can see where she’s closing the curtain, and you can see the nurse’s fist like this," said Solis. "Like, she’s going to pound on him. They were back there with the curtain closed for 15 or 20 minutes."

We’re blurring the grandfather’s face for his safety. However, in pictures provided by the family, the 87-year-old is in a hospital with a neck brace, bruising, and 2 black eyes. 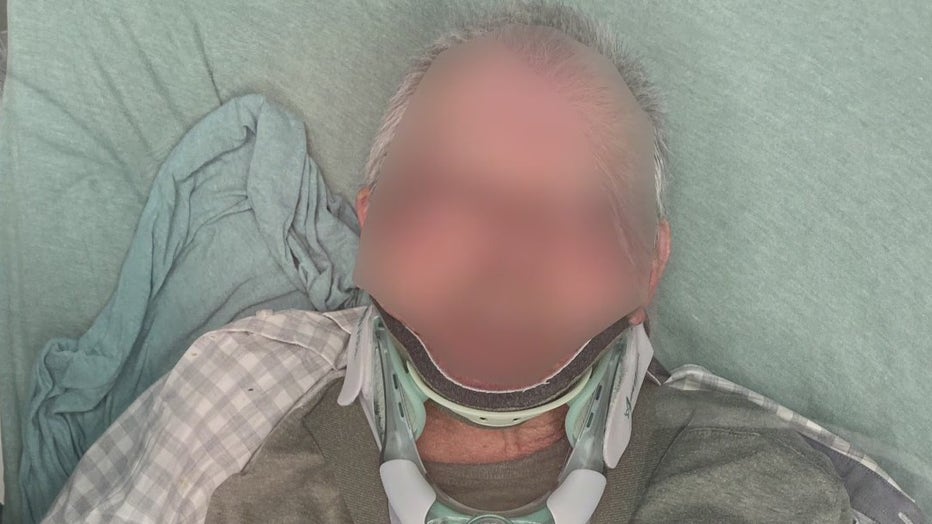 On Thursday, Lisa Cooper and Keycia Johnson were arrested and charged with injuring an elderly person, a 2nd-degree felony.

"We remain shocked and saddened that this troubling incident occurred at Solidago Health and Rehabilitation," said a spokesperson from the nursing home. "Protecting the health and safety of all residents in our care remains a top priority, which is why we took prompt action to keep our residents safe. We reported the incident, as required, to the appropriate authorities and are continuing to cooperate in their ongoing investigation. Additionally, we launched an internal investigation, and the employees were immediately suspended. At the conclusion of the internal investigation, the employees involved in the incident were terminated as a result of violating the company's policies. We have no tolerance for behavior that jeopardizes the health and safety of our residents, and all violations of our policies are addressed appropriately. Our thoughts remain with the resident and his family during this difficult time."

MORE STORIES OUT OF TEXAS CITY

"HHSC is aware of the allegations involving this nursing facility, and we are actively investigating to determine compliance with all relevant health and safety rules," said a spokesperson from Texas Health and Human Services. "Once our regulatory investigation work is complete, the final report for the investigation will be available to request through our open records process."

The two caretakers bonded out of the Galveston County Jail on Friday with $100,000 bonds.

"Just think about it, they did it to him," said Solis. "How many elderly people have they been doing that to?"