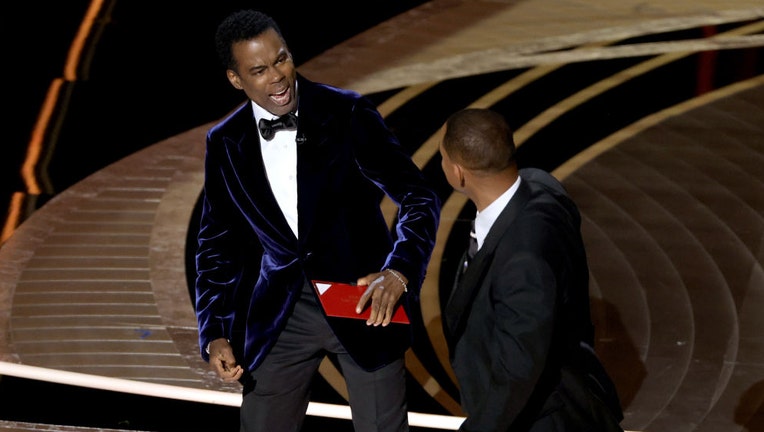 WASHINGTON - On Sunday night, a man with a verified Twitter account with the same name as actor Will Smith wasn’t expecting the kind of 15 minutes of fame he experienced on social media.

People upset with actor Will Smith after he slapped comedian Chris Rock during the Oscars for a joke Rock made about Smith’s wife, Jada Pinkett-Smith, started posting comments on what they assumed was the actor’s official Twitter page. But what they didn’t realize is the Smith they were coming after is a podcaster based in San Francisco, California.

"Real talk, I’m not the person you’re upset/happy with. I make podcasts and video games for a living. At the risk of making people pissed off at me instead of that other guy, the world would be a better place if we stopped answering words with violence," the podcaster wrote on his page. His response to the misunderstanding was retweeted over 9,000 times and was liked by more than 109,000 users.

Several users were unaware they were not tweeting the "Bad Boys" actor and flooded the man’s page with comments:

ESPN sports host and commentator Stephen A. Smith left a comment on the wrong Will Smith’s Twitter page after the incident writing in part, "Didn’t know until just this moment about @jadapsmith having Alopecia. She’s wonderful and great. So is @willsmith— which we all know. They’re both phenomenal. But you do NOT do what Will did in that setting."

.@Michell70076152 wrote, "We never use violence I teach elementary kids this daily ! We use our words! Period! No excuses! We never lay our hands on another ! I’m finding this a teachable moment! Violence is never the solution!!!"

.@watchthatboyfly posted "@willsmith"a world would be a better place if we stopped answering words with violence."

.@Ohh_Bacon "Listen Will, we get it, you're multitalented. Singer, songwriter, actor, director, video game creator, fighter: All the talent in the world won't make what you did okay."

.@JasvinderSyngh wrote, "@willsmith real talk, you cant hide by changing your profile pic and bio you should just apologize."

.@TylerBo72854545 "@willsmith Being a comedian is to joke about things that others find offensive or wrong. It’s to make light of a horrible situation. To assault a comedian because you are offended is pretty sad. Definitely lost a lot of respect for you this day. This is not the other guys fault either."

The exchange between Smith and Rock began when the comedian took aim at Pinkett Smith’s shaved head, saying, "Jada, I love you. ‘G.I. Jane 2,’ can’t wait to see it, all right?" Rock’s reference was made from the 1997 film "G.I. Jane," starring Demi Moore, who shaved her head to portray a fictional Navy Seal candidate.

The actor walked onto the stage from his front-row seat and took a swing at Rock with an open palm, generating a loud smack. Smith walked back to his seat and shouted for Rock to leave Pinkett Smith alone. Rock replied that he was just making a "G.I. Jane" joke — and Smith yelled back at him a second time.

Smith shouted at Rock to "keep my wife’s name out of your (expletive) mouth," and the crowd hushed as it became clear this was no act.

Pinkett Smith revealed in 2018 that she was diagnosed with alopecia. She has often discussed the challenges of hair loss on Instagram and other social media platforms.

Smith returned moments later to accept his first-ever Academy Award, he delivered a tearful apology for an act sure to overshadow his milestone achievement. He seized the opportunity during Sunday night's awards to speak on being a fierce defender just like his tennis dad character Richard Williams from "King Richard."

"Richard Williams was a fierce defender of his family," Smith said as he began his acceptance speech after winning best actor honors. He apologized afterward to many people — including tennis stars Venus and Serena Williams, Richard Williams’ daughters — but did not mention Rock in his apology.

Smith then spoke about being a protector for those who worked with him on the film such as Aunjanue Ellis along with Saniyya Sidney and Demi Singleton, the two actors who played Venus and Serena.

FOX11 Los Angeles and the Associated Press contributed to this story. This story was reported from Washington, D.C.