Trump and Biden speak on China

Donald Trump and Joe Biden discuss whether or not China should be held accountable for the devastation caused by the coronavirus pandemic.

On Thursday, Trump signed an executive order banning Americans from investing in a group of Chinese companies his administration says supply and support China’s military.

"The underlying principle is that American capital should not be used to finance Chinese militarization, particularly weapons that are going to be used to kill Americans. That's the top line" Assistant to the President for Trade and Manufacturing Policy Peter Navarro told FOX Business.

The order blocks American companies and individuals from owning shares directly or through funds that include any of reportedly 31 companies identified by the U.S., including large state-run aerospace, shipbuilding and construction companies as well technology companies. 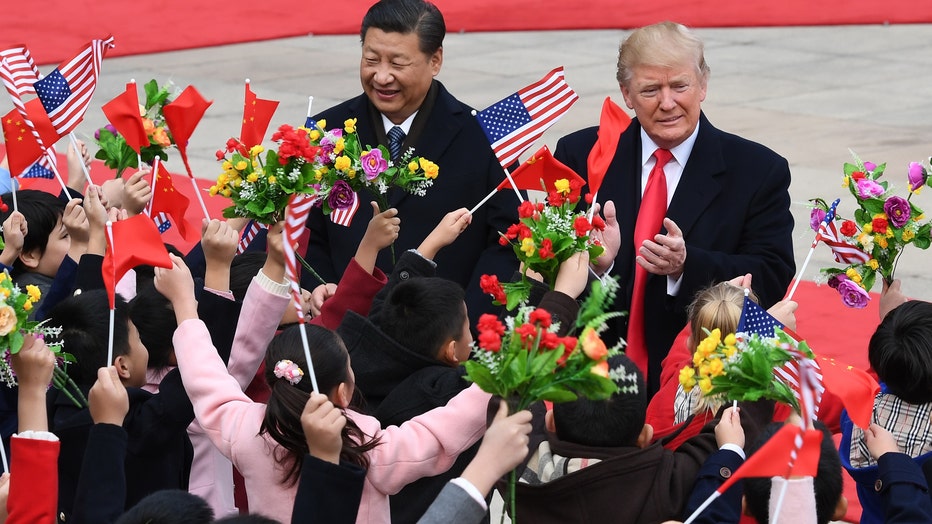 FILE - Chinese President Xi Jinping (L) holds a grand ceremony to welcome U.S. President Donald Trump at the square outside the east gate of the Great Hall of the People in Beijing, capital of China, Nov. 9, 2017. (Xinhua/Rao Aimin via Getty Images)

Although the executive order did not mention specific companies by name, shares of technology and telecom companies, with significant government control, were in focus, including China Telecom, China Mobile and China Unicom.

Navarro also gave out a few names including  the following:

SOME OF THE CHINESE COS. TARGETED BY U.S.

Some of these companies are listed on Chinese and major U.S. exchanges, including the New York Stock Exchange which is owned by ICE and the Nasdaq.

The Nasdaq and the New York Stock Exchange both declined to comment when reached by FOX Business.

Members of Congress have also been advocating for tougher regulations around the Chinese.

Rep. Jim Banks (R-IN) authored a bill that helped shape Trump's E.O., according to his spokesperson.

"On one hand, Congress is asking taxpayers to help grow our military so we can compete with China. On the other hand, large U.S. investment funds are dumping U.S. dollars into China’s military industrial base. We need to end our cognitive dissonance and stop funding the rise of our chief global adversary,” Banks said in June.