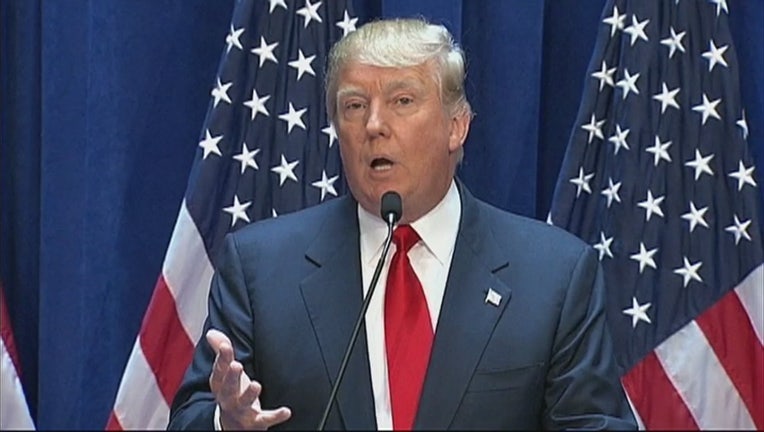 Donald Trump says he is already being treated unfairly in news coverage of protests against his election. He's asking for patience from protestors and fairness from reporters.

In an interview aired on the CBS show 60 Minutes, Trump told protestors not to be afraid and promised he will unite the country.

"Are you really going to build a wall," asked Lesley Stahl with 60 Minutes.

"They're talking about a fence in the Republican Congress. Would you accept a fence?" Stahl asked.

"For certain areas I would. But certain areas, a wall is more appropriate. I've very good at this. It's called construction," Trump said.

"What about the pledge to deport millions and millions of undocumented immigrants," Stahl asked.

"What we are going to do is get the people that are criminal and have criminal records, gang members, drug dealers. We have a lot of these people, probably two million. It could be even three million. We are getting them out of the country or we are going to incarcerate," Trump said.

The border patrol in the meantime is spending more agents to South Texas to deal with a sudden surge of illegal immigrants, mostly women and children from Central America.

During the interview, Trump said he has plans to defeat ISIS, but didn't elaborate because he said he didn't want to give the enemy his secrets.

"I'm not like the people going in right now and fighting Mosul and they announced it four months before they went into Mosul . And everybody now is, 'It's a tough fight.' Because, number one, the people from the… leaders of ISIS have left. What do you… why do I have to tell you that?" he said.

Trump said he's also still thinking about whether he'll appoint a special prosecutor to go after Hillary Clinton for her email scandal. As for Obamacare, he said he's going to repeal and replace it, but keep some of the strong components of it.