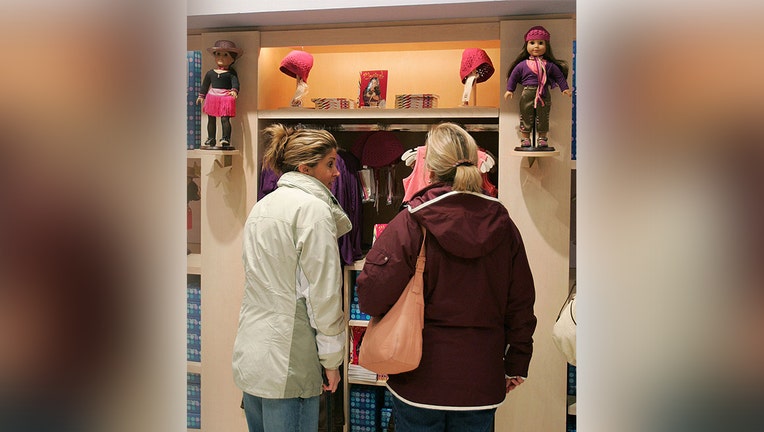 NEW YORK - Since the pandemic, Elizabeth Hulanick has turned to toys from her childhood to relieve stress.

She and her co-workers chip in to buy Legos at Target and play at their desks. She also started playing with Silly Putty again, noting she felt comforted by the bouncy rubbery stuff that changes colors.

Even her American Girl doll called Samantha, which she keeps in her china cabinet, resonates more these days; she waited one year for her mother to buy her that doll when she was a child and now, she says, it served as a reminder to always be patient.

"(This) probably will be with me forever. I always need something to be tinkering with, and that’s probably the safest bet for me to stick with a toy versus keep trying to figure out how to fix cars or something like that," the 37-year-old Piscataway, New Jersey resident said.

Long before the pandemic, many adults turned to toys from Legos to collectible items to tap into their inner childhood for comfort. But all the stresses from the health crisis accelerated and solidified the trend, according to Jim Silver, editor-in-chief of TTPM, a toy review site. 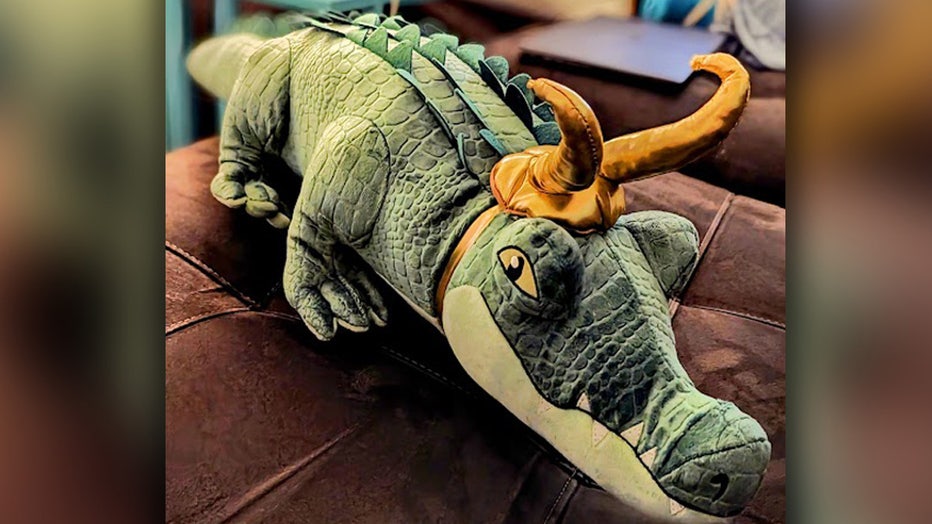 And even as the pandemic's threat ebbs, toy makers from Mattel's American Girl to Build-a-Bear Workshop Inc. see adults' interest in playthings as long-lasting and are creating new products, services and websites aimed for the older group.

And Basic Fun took a high-tech spin on the traditional Lite Brite toy from the 1960s and recreated it as wall art with thousands of pegs and 45 LED lights aimed at the adults in time for the holidays — with a $99 price tag.

Lego A/S has been steadily increasing its products for adults since 2020; it now has 100 sets, including intrepid space exploration and luxury cars.

"The pandemic certainly served as a catalyst for this trend as adults found themselves stuck at home with nothing else to do with a lot of time in their hands," said Genevieve Cruz, senior director at Lego, which sees adults of all ages embracing the colorful building blocks. "But we do believe that the trend goes beyond the pandemic."

Executives say what makes this time different is that consumers are really getting into the role-playing. Build-a-Bear says adults are actually taking their stuffed animals to bed.

At American Girl, women get dressed up in outfits inspired by their favorite dolls and are bringing their dolls from their childhood to the cafes and sitting with them, said Jaime Cygielman, general manager and president at American Girl. They're also bringing them to the doll hospital or the hair salon at the stores to have them repaired or have their hair coiffed, she noted.

Such role-playing could be seen at a recent visit to the American Girl Cafe in Manhattan, where Marisa Dragos, 23, along with her childhood friend Lisa Costantino, 24, were eating lunch, with two of the dolls they borrowed from the store. They were visiting from Los Angeles.

"(My mom) feels sad I'm still in my childhood bedroom because I can’t really afford to move out right now," Dragos said. "I think it’s funny to me. I still have the dolls, just kind of sitting in my room, but I feel like they’ve grown with me. They are my little friends that I hang out with."

Among the hottest items for adults: Star Wars and Harry Potter-themed Lego sets, plush items like Squishmallows — whimsical stuffed creatures from Jazzwares — and action figures from the likes of Marvel, according to NPD.

McDonald's is also tapping into this group, releasing adult Happy Meals in October with nostalgic figurines designed by the fashion brand Cactus Plant Flea Market. McDonald’s President and CEO Chris Kempczinski said the company sold half its supply of collectibles in the first four days of the promotion.

The toy industry, which generated annual sales of roughly $38 billion last year, could use some help from adults.

For the first nine months of this year, the number of toys sold slipped 3%, while spending rose by the same amount due to higher prices. That's a big change from the first two years of the pandemic when sales soared as parents splurged on toys from board games to dolls to entertain their children who were staying close to home.

Sharon Price John, CEO of Build-a-Bear, said she started noticing adults buying the stuffed animals for themselves five years ago and it's only grown since. In response, the company is focusing its online business with the adult in mind. In 2019, it launched its "After Dark" collection of edgy bears that one adult Valentine gives to another.

"There are many more teens and adults in our stores just enjoying the experience and not just with their families, like with each other," John said.

Finding that inner youth through toys is not just being embraced by consumers in their 20s to 40s.

Loren Brereton, 61, was recently visiting the American Girl store with her granddaughter Alana, 7. She said that during the pandemic, she took comfort looking at her own daughter's dolls. She also pulled out some of her son's Lego's and other toys and played with them. She is now thinking of buying a few playthings for herself.

"All of those games have brought me comfort when I was a kid, but, you know, sort of changed you at different times when you needed it," she said. "And you needed it."

This story has been corrected to show that the name of the Build-a-Bear CEO is Sharon Price John.