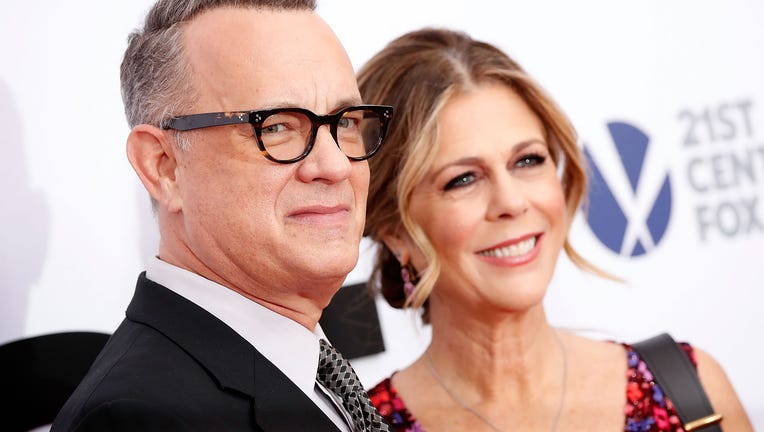 LOS ANGELES - Actor Tom Hanks and his wife Rita Wilson are back in the U.S. after testing positive for the novel coronavirus while in Australia.

The two first announced they contracted COVID-19 on March 11 after feeling tired, body aches, chills and a slight fever. They then went into two weeks of isolation at Gold Coast hospital following their diagnosis.

Hanks and Wilson gave updates to their fans online by saying they were taking their new coronavirus infection “one day at a time.”

The couple was reportedly in Australia filming an Elvis Presley movie. The film, slated for release in October 2021, has suspended production, Warner Bros. said.

According to TMZ, Hanks and Wilson arrived to the Van Nuys Airport on Friday were grinning ear-to-ear.

“We’re home now and, like the rest of America, we carry on with sheltering in place and social distancing. Many, many thanks to everyone in Australia who looked after us. Their care and guidance made possible our return to the USA. And many thanks to all of you who reached out with well wishes. Rita and I so appreciate it,” Hanks wrote in a tweet.

Wilson, a singer-songwriter, has performed in Brisbane and Sydney during the couple’s stay in Australia.

Australian television journalist Richard Wilkins has revealed that he tested positive for the virus on Sunday. He had met Wilson at the Sydney Opera House on March 7 and again at Nine Network’s Sydney studio two days later.

Two Nine Network hosts who interviewed Wilson on live television on March 9, David Campbell and Belinda Russell, returned to work on Tuesday after testing negative. They had been in home isolation since Wilson’s diagnosis.

Authorities said that several contacts Hanks and Wilson had in Australia were being traced, but no other results of those efforts have been made public.