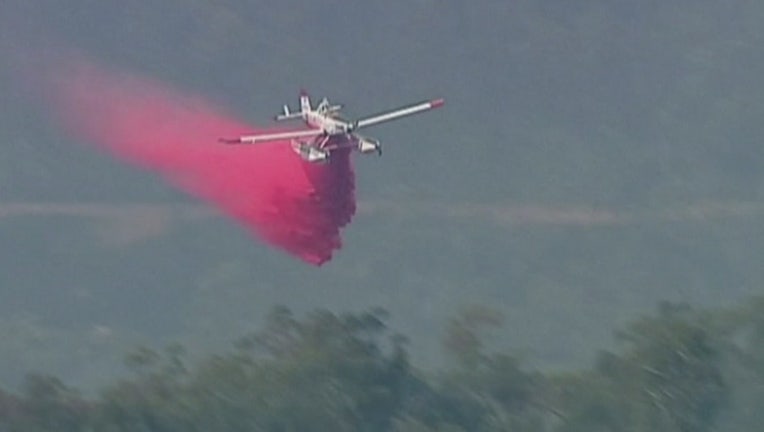 The firefighters were part of a crew on a California-based tanker.

Governor Gavin Newsom issued the following statement, “Jennifer and I are heartbroken to learn of the air tanker crash in Australia that claimed the lives of three heroic American firefighters. We extend our sincere condolences to the families of the crew, their friends and loved ones, and our own CAL FIRE family who worked, fought fires, and trained with the crew of Tanker 134. This tragic accident reminds us all of the too-high cost of the scourge of wildfires, as well as the sacrifice of first responders from around the world. California and Australia, already united by the deadly threat of wildfires, now grieve this tragic loss together.”

Rural Fire Service officials said they had located the plane, a C-130 Hercules, that crashed in the Snowy Monaro region of New South Wales state.

Coulson Aviation in Oregon said in a statement that one of its C-130 Lockheed large air tankers was lost after it left Richmond in New South Wales with retardant for a firebombing mission. It said the accident was “extensive" but had few other details.

"We are deeply saddened to confirm there were 3 fatalities," Coulson's statement said. "Our thoughts and prayers are with the families of the three crew members onboard."

Berejiklian also gave "heartfelt condolences" to the families and said flags in New South Wales would be flown at half-staff Friday.

The plane crash raises the death toll from the fires to at least 31 since September.

The victims have not been identified.

“The only thing I have from the field reports are that the plane came down, it's crashed and there was a large fireball associated with that crash,” said Rural Fire Service Commissioner Shane Fitzsimmons. He confirmed that all three were U.S. residents.

“There is no indication at this stage of what's caused the accident,” Fitzsimmons said.

“Unfortunately, all we've been able to do is locate the wreckage and the crash site and we have not been able to locate any survivors,” he said.

Also Thursday, Canberra Airport closed because of nearby wildfires, and residents south of Australia's capital were told to seek shelter.

The blaze started Wednesday but strong winds and high temperatures caused conditions in Canberra to deteriorate. A second fire near the airport that started on Thursday morning is at a “watch and act” level.

“Arrivals and departures are affected due to aviation firefighting operations,” the airport authority said in a tweet.

Another tweet from traffic police said “the fire is moving fast and there are multiple road closures in the area. Please avoid the area. Local road blocks in place.”

Residents in some Canberra suburbs were advised to seek shelter and others to leave immediately.

“The defense force is both assisting to a degree and looking to whether that needs to be reinforced,” Defense Minister Angus Campbell told reporters.

“I have people who are both involved as persons who need to be moved from areas and office buildings that are potentially in danger, and also those persons who are part of the (Operation) Bushfire Assist effort,” he said.