Thousands of people gathered in downtown Los Angeles Friday morning to bring awareness to the issue of climate change.&nbsp;

The rally was part of a global climate strike event held today. Students around the U.S and those in other countries participated.

Superintendent Austin Beutner and Los Angeles Mayor Eric Garcetti were among those set to visit schools and talk to students about the issue. But the district's stay-in-school message wasn't completely unified.

LAUSD Board of Education member Nick Melvoin wrote on Twitter, “Sending my full support to all the students in Los Angeles and across the world walking out today to demand action on global climate change -- the passion and courage of these young leaders gives me so much hope for our future.''

Garcetti and Beutner are expected to visit students taking part in an on-campus rally at Marshall High School Friday afternoon. Garcetti will announce the creation of a Youth Council on Climate Action at the event. Despite the calls for students to remain on campus, some opted to leave, most notably at Los Angeles Center for Enriched Studies, where a planned walkout occurred. 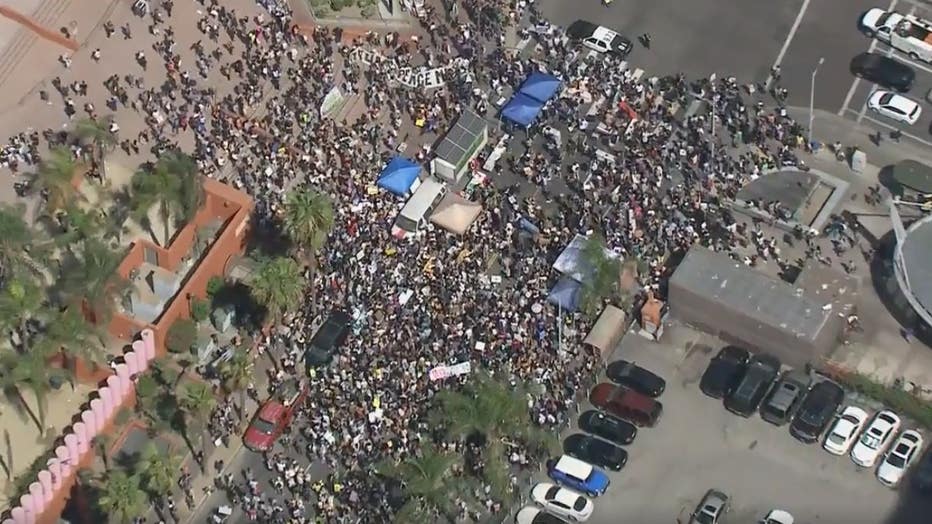