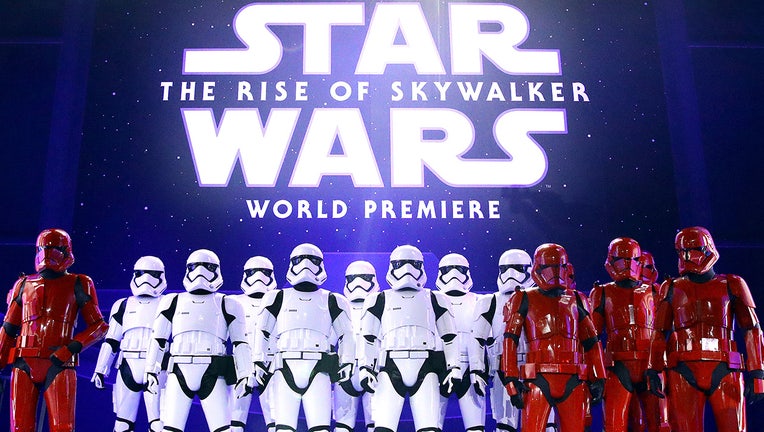 Stormtroopers are seen at the Premiere of Disney's "Star Wars: The Rise Of Skywalker" on December 16, 2019 in Hollywood, California. (Rich Fury/Getty Images)

The addition of "Star Wars: The Rise of Skywalker" means all nine films in the Skywalker saga will be available for streaming on one site for the first time.

May 4 became known as "Star Wars" Day thanks to a line in the original film, "May the Force be with you."