A California man is suing the makers of Texas Pete hot sauce over false advertising, because it is not made in Texas.

In the lawsuit against T.W. Garner Food Co. shopper Philip White says he purchased a bottle of Texas Pete hot sauce in September 2021, believing it was made in Texas. 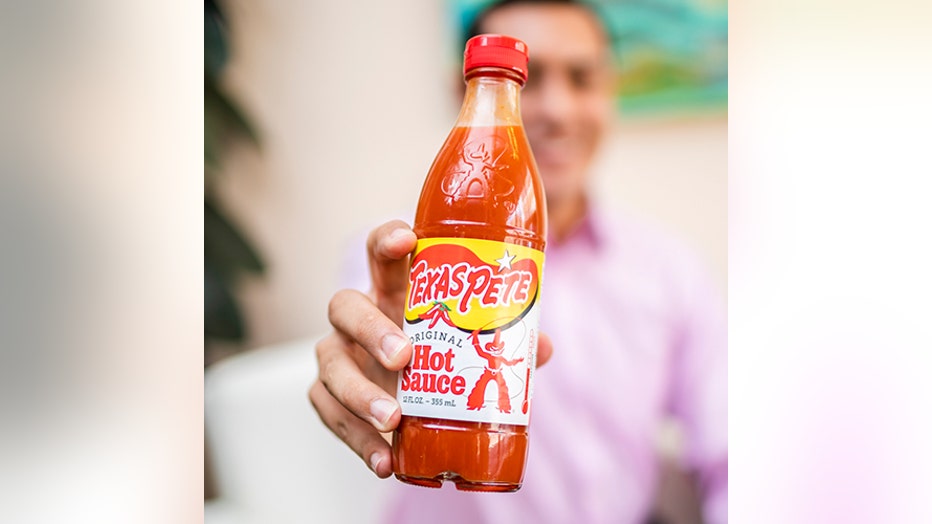 The lawsuit says "By representing that its Texas Pete brand hot sauce products ("Products") are Texas products, when they are not, Defendant has cheated its way to a market-leading position in the $3 billion-dollar hot-sauce industry at the expense of law-abiding competitors and consumers nationwide who desire authentic Texas hot sauce."

The product is made in Winston-Salem, North Carolina, which the company freely admits on its website and on the back of the bottle.

The complaint says in addition to not being made in Texas the hot sauce isn't even made with Texas-style products.

"Although Defendant brands the Products ‘Texas Pete,’ there is surprisingly nothing Texas about them: unknown to consumers, the Products are standard Louisiana-style hot sauces, made with ingredients sourced outside the state of Texas, at a factory in North Carolina," the lawsuit states.

White says if he had known the true origin of the hot sauce he would not have purchased it, or paid as much for it.

READ MORE: ‘Best Before’ labels could be leading to food waste, costing you money

The complaint goes on to claim that the company "knowingly and intentionally capitalizes on consumers’ desire to partake in the culture and authentic cuisine of one of the most prideful states in America."

The lawsuit also says the branding harms smaller companies in Texas that offer hot sauce that is actually from Texas.

The complaint calls for T.W. Garner Food Co. to change its branding in addition to monetary damages and penalties.

The company has until Nov. 10 to respond to the complaint.