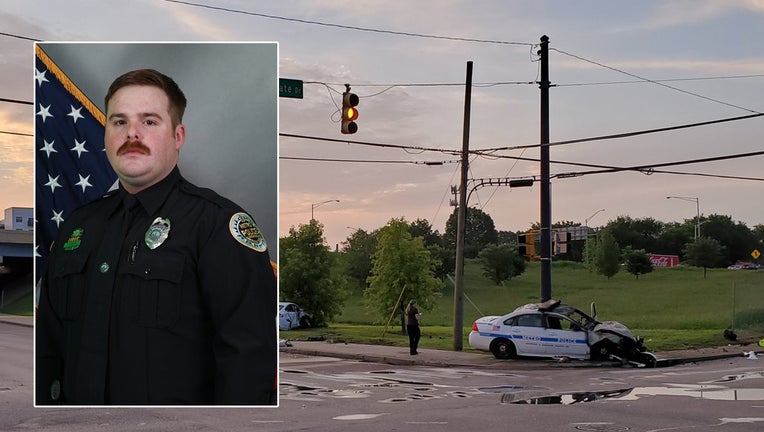 Just after 3 a.m., Officer John Anderson with the Metro Nashville Police Department was killed in a vehicle crash at Interstate Drive and Woodland Street. Officials said his patrol car was struck by a 17-year-old driver.

"It is with extreme sadness that the MNPD confirms the on-duty death of Central Precinct Officer John Anderson, 28, a 4-yr MNPD veteran," according to a tweet by the agency.

FOX 17 reports there was heavy smoke coming from the police car and the teen's vehicle was seriously damaged, and possibly caught fire too.

Police said Anderson had the right of way when he was struck by the driver. The teen faces charges of vehicular homicide, driving on a suspended license and felony evading.

The mayor of Nashville released the following statement:

"Early this morning, Officer John Anderson tragically lost his life in the line of duty.

Officer Anderson pledged his life to serve and protect us - a solemn duty that we can sometimes take for granted. His death today is a stark reminder of that pledge, and his service to our city will be forever remembered.

Our officers are part of the fabric of this city, and I am eternally grateful for what they do every day, risking their lives to save others. I want to thank each of the brave men and women of our Metro Nashville Police Department. We should all be so lucky to have a police force like ours.

When our city experiences tragedy, we come together as one community to support and lift each other up. I am sure that will happen now.

My thoughts are with the family and friends of Officer John Anderson and our entire police force today."

This story was written in Tampa, Florida.