BELLEVIEW, Fla. - A Florida boy, 16, was killed this week after he and at least two others took turns shooting one another while wearing body armor, officials said.

Joshua Vining and Colton Whitler, both 17, were arrested Thursday and are being tried as adults in connection with the shooting incident Sunday in Belleview (about 70 miles northwest of Orlando), where Christopher Leroy Broad Jr. was killed, according to the Belleview Police Department.

Officers said they responded to a dispatch call where they found the boy in the residence with a gunshot wound. He was taken to a hospital where he later died, police said. 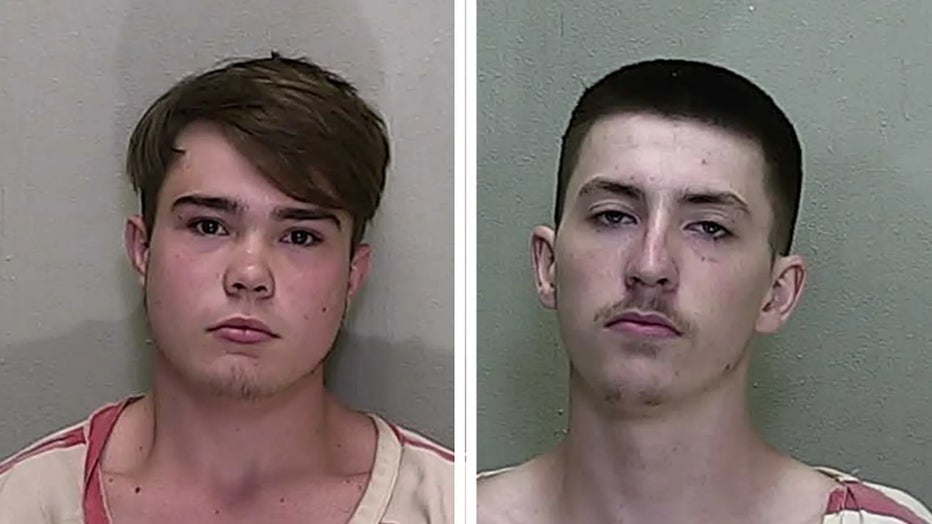 A video of the incident was recorded by 18-year-old Evan Vowell, who was allegedly at the home at the time of the incident, and later provided the video to law enforcement, Click Orlando reported.

Investigators determined Vowell’s statement to be true after Whitmer initially misled police, saying "my house just got shot up, my friend got shot in the chest," according to affidavits before he called the police. In a later statement, Whitler said Vowell shot Broad Jr., but the evidence did not support this claim, police said.

Police charged Vining with aggravated manslaughter of a child with a firearm and Whitler was charged with providing false information to law enforcement, both as adults.