Police chase suspect alarms neighbors after he hopped out of car, started hiding at private properties

NORTH HOLLYWOOD, Calif. - A man who led police on a chase put neighbors on edge, as he hopped nearby fences and tried to hide from law enforcement.

10th grade student Daniela Gaeta was getting ready for her Zoom English class when a suspect, avoiding the police, pulled into the driveway.

Security doorbell video shows the moment when a grey Ford Fusion screeches into the driveway of her North Hollywood home.

The unidentified man jumped out of the car while police sirens wailed nearby. Gaeta was home alone and immediately called 911.

" I went to check and there was a car parked in our driveway, I didn’t know who’s it was so I went and checked and the man had gotten out of the driver’s side and had gotten into our backyard," Gaeta told FOX 11 News. 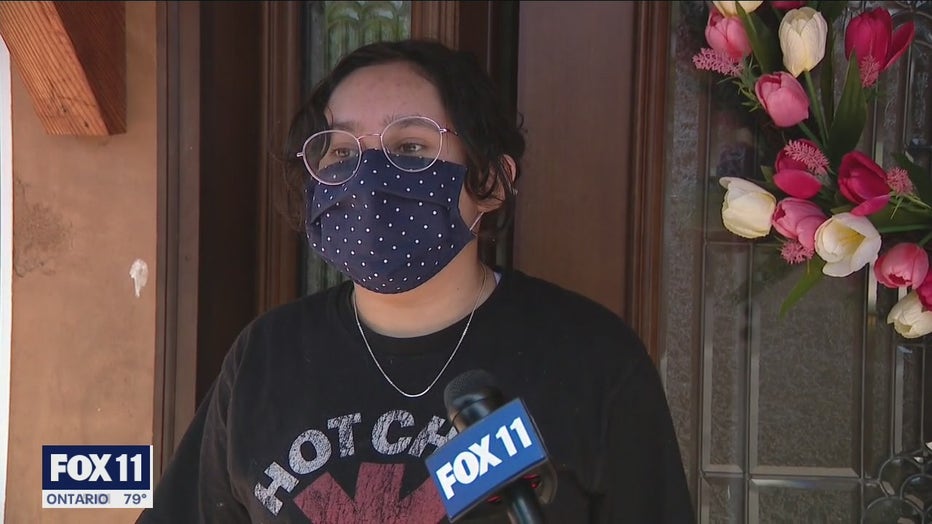 SkyFOX above found the suspect smoking a cigarette as he walked atop the cinderblock wall behind the Gaeta home.

He seemed rather calm, while Daniela hiding behind her locked bedroom door, worried he might try to break in. 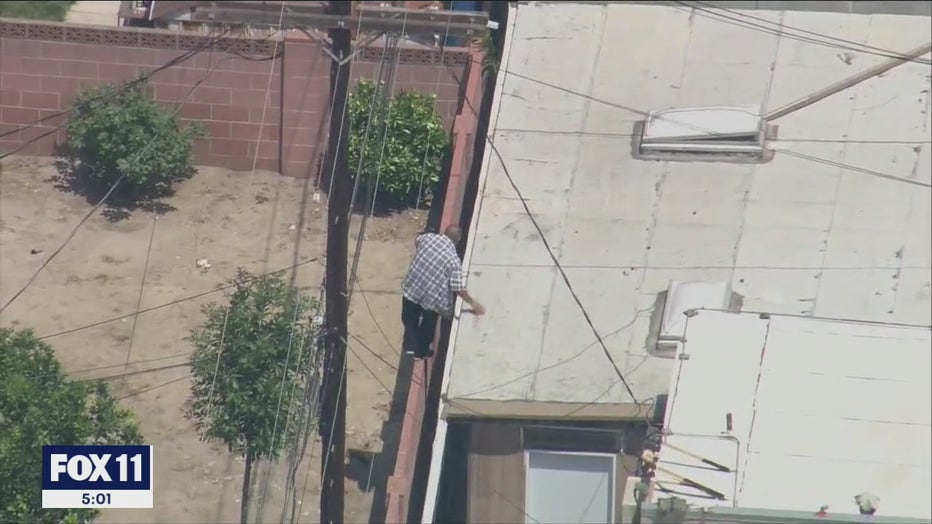 "It’s definitely a scary situation. I think about it like ‘oh my God, I could have gotten hurt’, something could have happened. He could have broken in, he could have escaped," she added.

Police managed to get her out of the house and to safety. Meanwhile, the suspect perched on the wall, made a phone call. But not long after the call, he came down and surrendered to police.