Suspect in custody after leading LAPD on chase, standoff that lasted over 3 hours

A police chase suspect is finally in custody after leading LAPD officers on a pursuit across the San Fernando Valley.

LOS ANGELES - A police chase suspect is finally in custody after leading officers on a lengthy chase across the San Fernando Valley before engaging in a standoff in La Crescenta Monday night.

The suspect driver led the Los Angeles Police Department on a chase that went well over an hour before stopping their car in La Crescenta. After a 90-minute standoff, the driver eventually surrendered.

When SkyFOX flew over the scene a little before 6:30 p.m., the suspect drove through parts of San Fernando Valley, Burbank and Pomona without stopping, showing off impressive fuel mileage on a car believed to not be theirs. 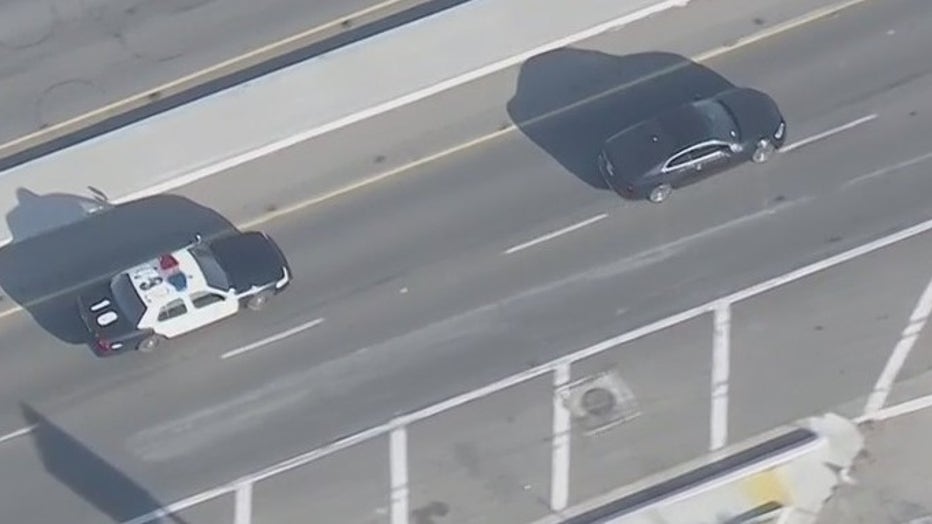 At one point during the lengthy chase, SkyFOX captured a bizarre scene in Glendale when a passenger exited out of the Audi. The passenger was taken into custody, the City News Service reports.

Passenger dropped off at intersection

A bizarre moment was captured as a passenger exited out of the vehicle mid-chase.