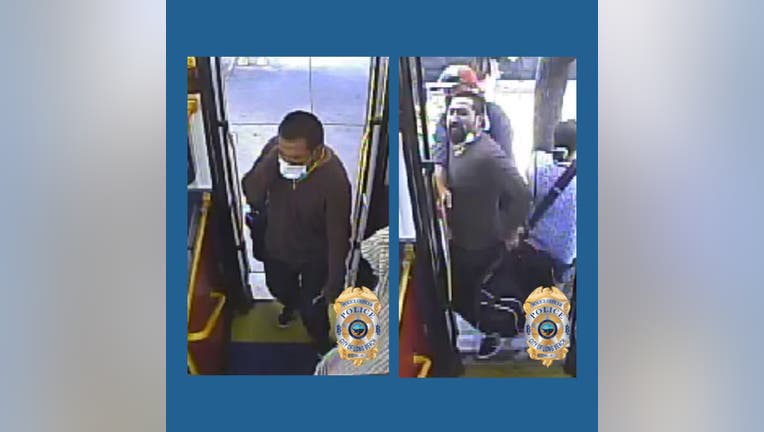 LONG BEACH, Calif. - A suspect has been arrested after allegedly attacking a 12-year-old boy on a Long Beach transit bus.

The incident happened Sunday around 1:48 p.m. while the bus was parked at the corner of Atlantic Avenue and Carson Street.

The boy said he was targeted in an unprovoked assault. The 12-year-old said he was hit multiple times on his head and mouth. His family spoke with FOX 11 about the attack, saying the boy was just trying to visit his grandma when the suspect got on the bus and sat next to him.

The Long Beach Police Department is investigating after a 12-year-old boy reported he was targeted in an unprovoked assault on a transit bus.

"He was just mad and he started hitting me and stuff in the head. I tried to protect myself and I tried to block some of the hits, but I couldn't block all of them," said the 12-year-old.

PREVIOUS COVERAGE: 12-year-old attacked by man on bus in Long Beach; victim says no one stepped in to help

He says no one stepped in to help him during the altercation though the bus was still parked. He said the suspect grabbed his bag and walked off the bus afterward.

On Wednesday, Long Beach police released a photo of the suspect and within hours they received multiple tips from the community… eventually leading officers to the suspect’s location.

Around 1 p.m. officers located the suspect, identified as 36-year-old David Manuel Santana Garcia, and arrested him without incident.