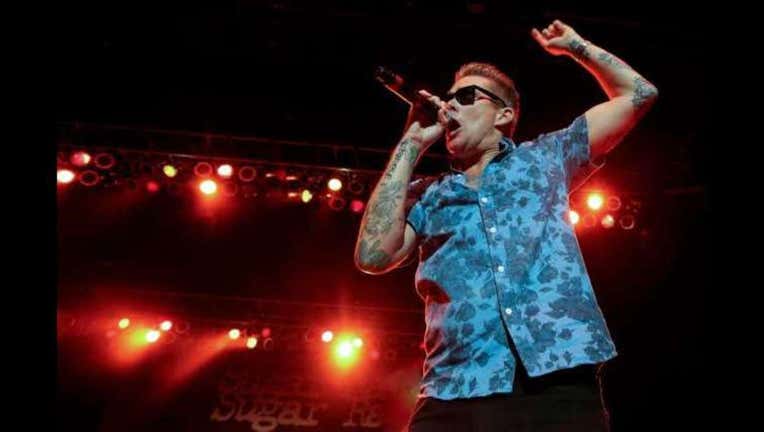 (FOX 11) As Mark McGrath of Sugar Ray danced on stage singing, "Just close your eyes and I'll take you there," the audience at The Greek went wild!

All of us immediately taken back to the late '90s with the band's most popular songs. I found myself dancing along to the great music even though it was clearly a bad idea since I was shooting photos of the band.

I was there to photograph "Under The Sun 2015 Tour" featuring Sugar Ray, Better Than Ezra, Uncle Kracker and Eve 6. Great concert!

Two weeks later, I was back to shoot American rock band Blondie and Melissa Etheridge. Another amazing night of great performances. First thing that caught my attention.... a young-looking Debbie Harry. According to wikipedia she is 70 years old!! Seriously?! The woman looks like she's in her 30's and she sounds amazing! "Heart of Glass," "The Tide is High" and "Rapture" sounded exactly as they did when I first heard Blondie back in the late 70's and 80's.

Rock singer and guitarist Melissa Etheridge put on the best show. She started with several new songs from her latest album, "This Is ME". Then she continued with some of her most famous songs, "Come To My Window" and "I'm The Only One". Her soulful performance felt raw and intimate. Just imagine a girlfriend telling you stories about her past lovers...except, she's singing those stories with the most amazing, raspy voice. Yeah, Melissa was great!

Truth is, if you love music and nature, The Greek Theatre is the place to be this summer. There's nothing better than enjoying your favorite artists on stage surrounded by beautiful towering pine trees. To me, it always feels like I'm at a great concert in the middle of the forest. If you haven't had the Greek experience, I highly recommend it.