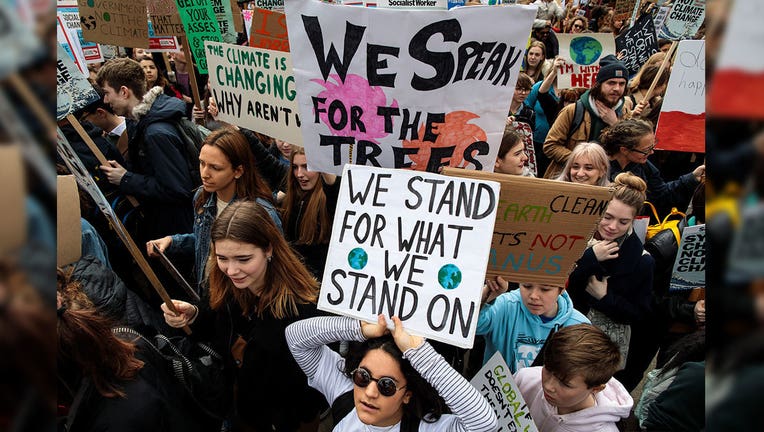 LOS ANGELES (FOX 11) - Students around the world plan to walk out of class on Friday to demand action on climate change.

Friday's rallies were one of the biggest international actions yet, involving hundreds of thousands of students in more than 100 countries around the globe.

Since then, the weekly protests have snowballed from a handful of cities to hundreds, fueled by dramatic headlines about the impact of climate change during the students' lifetime. Scientists have backed the protests, with thousands in Britain, Finland, Germany and the United States signing petitions in support of the students.

Students in Los Angeles plan to strike for the Green New Deal and "other necessary actions to solve the climate crisis," according to youthclimatestrikeus.org, a website created to help organize the events.

"We, the youth of America, are striking because decades of inaction has left us with just 11 years (or less) to solve the climate crisis. We are striking because the necessary action to achieve the common-sense and vital goal of fighting climate change is not being prioritized," the website states. "We are striking for the Green New Deal, a fair and just transition to decarbonize the US economy, and other legislative action that combats the effects of climate change.