Two people LA County residents share their perspectives hoping to generate a better understanding amongst people about the need for the moratorium.

LOS ANGELES - The State of California is extending the eviction moratorium through September and plans to pay off all back rent for eligible tenants under a deal announced by Governor Gavin Newsom and legislative leaders.

Before Friday's announcement of the deal, the Los Angeles County Board of Supervisors extended the eviction ban for LA County through September as well while also highlighting the need to begin phasing out protections. The moratorium would have ended June 30.

Two people LA County residents share their perspectives hoping to generate a better understanding amongst people about the need for the moratorium.

"You're in this total crisis mode of July 1st, I'm done. I'm finished so to hear that now at least we have until September, that helps," said Christopher Flynn.

Flynn had a career in television for 30 years before the pandemic.

"Before COVID, I had a great career going. Thirty years in television, working as a technical director, sometimes a director and producer," said Flynn.

Flynn overcame a severe medical, degenerative condition of the spine.

Flynn was still working through his condition before his job let him go during the lockdown. With his condition causing him to be immuno-compromised, he has quarantined inside of his apartment throughout the entire pandemic. 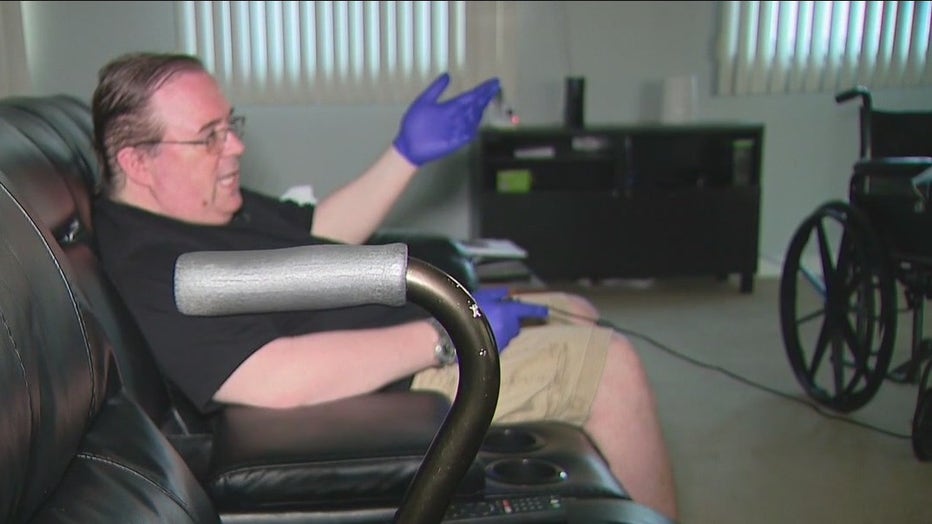 "I remember it was scary. Like what am I supposed to do and how am I gonna get through all this? I don't come from that world. I come from a world where I used to pay my bills and go about my business and be professional and do things and have a decent life and now I'm accused of being some deadbeat," he said.

Flynn was living with a roommate in his Toluca Lake apartment, but the roommate moved out.

"I now had to carry an apartment and for the first two months, I did. I carried it at the full rent and that made everything very tight

However, the unemployment money was not enough to cover his utility bills, health insurance, rent and other bills.

"I will sometimes get an email from my landlord stating that, 'Well based on my calculations, you should be getting this much unemployment which means you can pay a lot more in the rent' and I'll get that email from her after my cell phone has just been shut off and I've lost cell phone service or I'm under threat of losing the internet or I can't figure out if I can buy groceries or not and then I'm being accused of living it up and choosing not to pay the money, choosing to be in this bad situation and be at the mercy of if they want to get rid of me. I have to check the door several times a day to see if there's an eviction notice because even though technically she can't do it, I don't put anything past them at this point," said Flynn.

Flynn acknowledged some people are taking advantage of the system, but wants people to realize that is not the case for everyone.

"It's painful to hear [that everyone is taking advantage of the system] because on the one hand, I'm sure there are people who are doing that. This whole thing has a spectrum of people. Some are doing well and just not paying the money, I'm sure, but I think you have a lot of people like me who are just struggling to stay afloat," he said.

Flynn said he is concerned the unemployment money is running out for him, and he could end up without a home. He is planning to apply for disability benefits soon.

"LA has a bad enough problem with homelessness. If you're going to throw another million people out on the street in California, where are we supposed to go? What are we gonna do? This is not a game. This is very real and I have no margin of error with this thing," he said.

Jessica Delazari, a 27-year-old single mother of two little girls, also lost her job during the pandemic along with contracting a serious case of COVID-19.

"The month I graduated college last year in June was when my world went upside down. I lost my job as a college assistant. I couldn't find employment. I didn't qualify for unemployment. I no longer could afford to pay rent because I didn't have a job," she said. 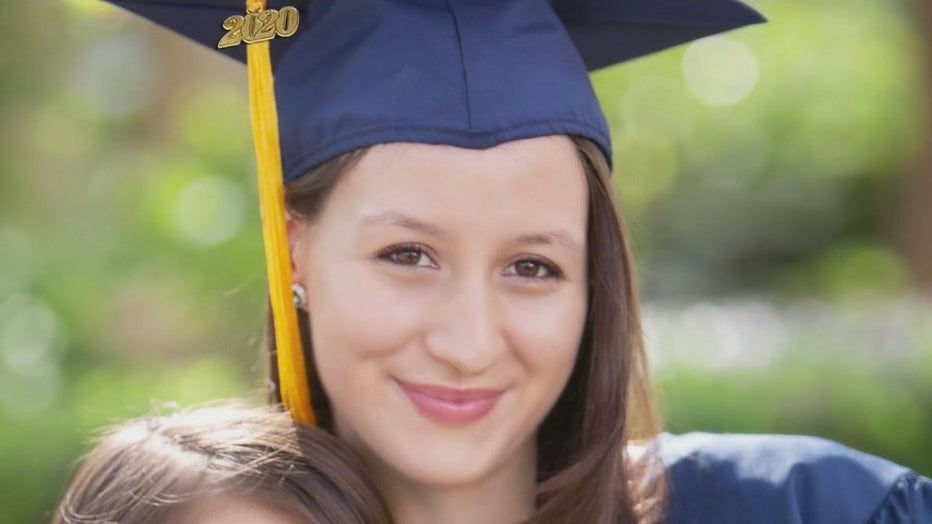 Delazari rents one-bedroom for $1,300 per month.

"I'm renting a room for $1,300, which is crazy. It's frustrating because if I was to get any type of help, it would only go to rent," said Delazari.

Delazari tried to get help from the city and county but was unable to do so.

"I'm a low-income single parent and I've been told the only type of assistance I can receive is going to a homeless shelter and that is scary. A lot of times, I can't sleep. It gives me so much anxiety thinking of that and the sad part is that's the reality for a lot of families and a lot of single parents," she said.

Delazari ended up reaching out to nonprofit organizations.

"The city, the county, they're unable to help me with my rent so I have to rely on reaching out to private organizations that can help me. I was able to receive help from The Door of Hope," she said.

The Door of Hope, based in Pasadena, helped Delazari with rent as the organization works directly with her landlord.

"I finally have someone [Door of Hope] that believes me. For a really long time, for six months, I was struggling. Nobody wanted to listen to me. Everybody kept shutting door after door in front of my face. No one believed me. I'm a single parent with two little ones [daughters 8 and 3 years old] during such a vulnerable time. On the inside, I was crying. I had such a hard time being super mom and strong and not showing them mommy is going through so much," she said.

Delazari acknowledges the difficult situation for many landlords but also wants people to understand the toll the pandemic has taken on families.

Delazari finished her junior year of college and is now a senior. She is also now working part-time with The Door of Hope, the organization that helped her avoid homelessness. She is grateful for the extension on the eviction moratorium.

"Knowing that now it's extended until September is a huge blessing and I know that's going to help so many," said Delazari.

There are stipulations to be eligible for the rental assistance with the state paying back rent. To be eligible for the $5.2 billion provided by the federal government, California tenants must pay at least 25% of what they owe by September 30, sign a declaration that they have had economic hardship because of COVID-19 and must earn 80% or less of the area median income.

California banned evictions after Newsom imposed the nation's first statewide shutdown in March 2020 and ordered most businesses to close and people to stay home to slow the spread of the coronavirus.