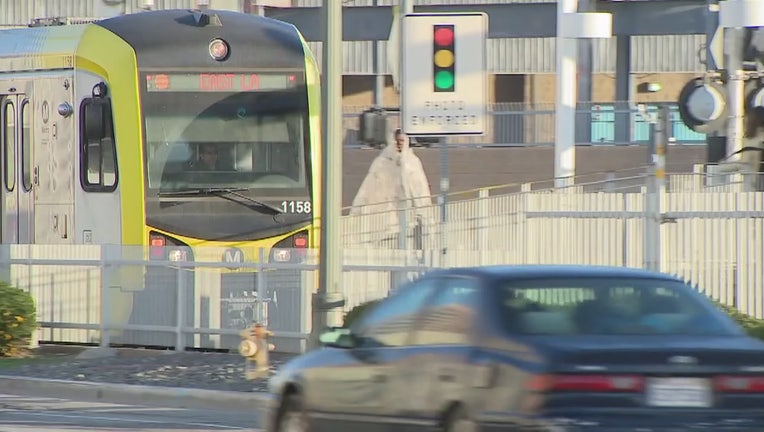 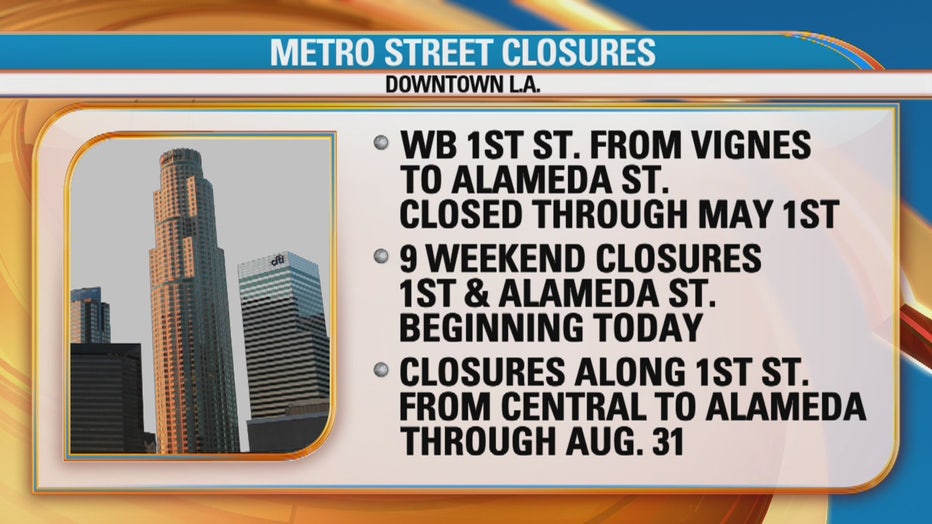 The work is part of the Regional Connector Transit Project, a 1.9-mile underground light-rail extension that will connect the A Line (Blue), the E Line (Expo) and the L Line (Gold) in downtown Los Angeles and will include three new stations at First Street/Central Avenue, Second Street/Broadway and Second Place/Hope Street.

Metro officials said the rail line is expected to serve 88,000 riders daily, including 17,000 new riders, and save commuters up to 20 minutes by eliminating the need to transfer between the rail lines.

The project is expected to be completed in 2022.

• A full westbound street closure along First Street from Vignes Street to Alameda Street will begin Friday and remain in effect through May 1.

• Nine weekend closures of the intersection of First and Alameda streets from 7 p.m. Friday to 5 a.m. Monday for the next seven weekends, then again the weekends of May 1 and Aug. 28.

Additional street closures along First Street from Central Avenue to Alameda Street will occur from May 4 through Aug. 31.

Access to adjacent businesses will be maintained at all times, and pedestrian crosswalks on First and Alameda streets may be restricted intermittently during the restoration work.

Recommended detours for motorists include:

Crews will remove temporary roadway materials that were used to facilitate excavation and construction of the tunnel beneath the street, and Metro officials said motorists should plan ahead and allow for extra time on their commute into Little Tokyo/Arts District area.