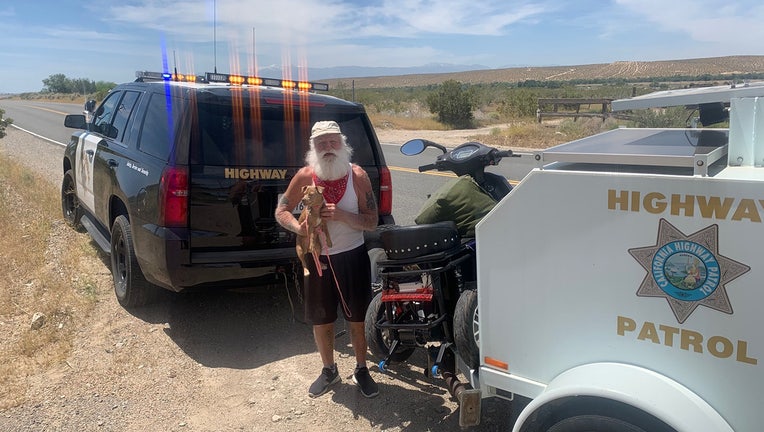 VICTORVILLE, Calif. - A homeless man and his pup Happy became stranded on Route 66 between Barstow and Victorville Thursday after the man's scooter battery died. But an unlikely encounter may have saved both of their lives.

After the electric scooter Joe was riding died in the middle of a trip from Barstow to Victorville, near Vista Road, he began to push his scooter passing several homes. Not wanting to bother anyone by asking to charge his scooter or ask anyone for a ride into Victorville, Joe began to pray that someone would stop and offer him a ride, the California Highway Patrol said.

Within minutes, a CHP officer returning from Silver Lakes with a speed enforcement trailer noticed Joe and stopped to see if he needed help, said CHP.

Joe told the officer that when he prayed, he was told he would only need one person and everything would be OK, according to CHP. 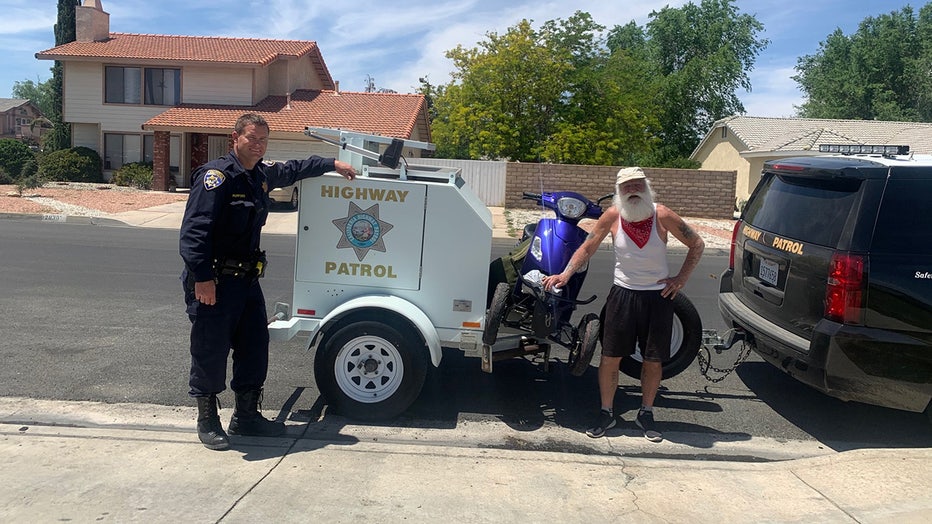 The officer was able to secure the scooter to the front of the trailer and took Joe and Happy to a close friend's house in Victorville where he could be taken care of.

CHP says Joe has been homeless for many years and spends what income he has on food for himself, and his best friend Happy, but was able to recently purchase the electric scooter.

CHP also says that the odds of an officer towing the speed enforcement trailer at that location at that specific time is slim to none.