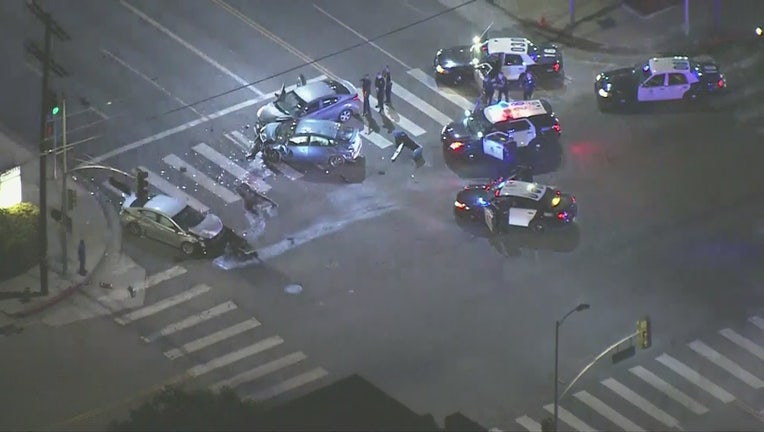 LOS ANGELES - Los Angeles police were in pursuit of a stolen Prius that began in the San Fernando Valley Wednesday night.

The suspect is believed to be armed.

The pursuit traveled to the North Hollywood area before violently crashing into two vehicles -- one with children on board, at the intersection of Colfax Avenue and Riverside Drive in the area of Valley Village. 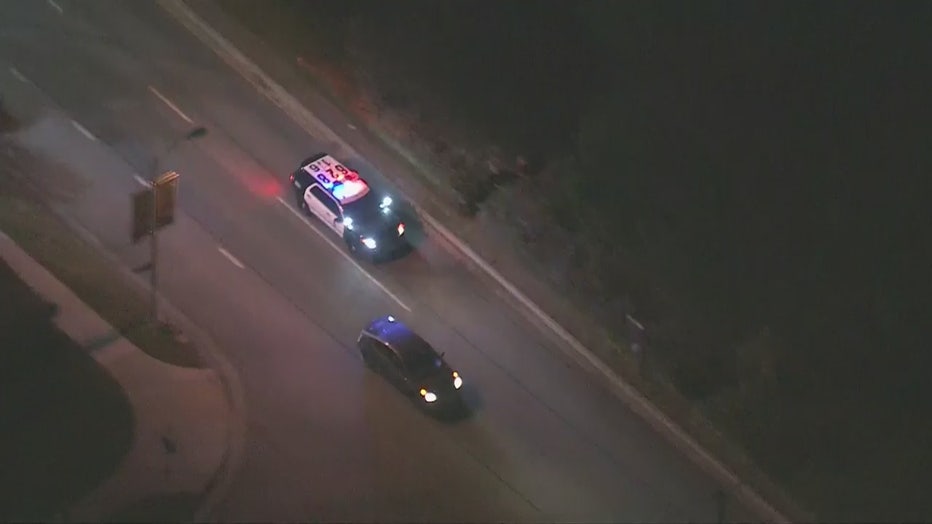 The suspect eventually exited his vehicle and was taken into police custody.

The pursuit began in the area of San Fernando Road and Montague Street in Pacoima. LAPD says the suspect was wanted for a felony warrant.

Refresh this page for updates.