LOS ANGELES - A street takeover in South Los Angeles ended with a 60-year-old bystander being shot.

Back on September 18, the Los Angeles Police Department responded to a call near the intersection of West 48th Street and Western Avenue. Upon arrival, LAPD spotted a large street takeover dispersing and during investigation, the 60-year-old man was found suffering from a gunshot wound.

LAPD later learned the 60-year-old man was walking home and had nothing to do with the street takeover.

On Thursday, LAPD released surveillance photos of a man believed to be the suspect. The suspect is listed at about 5-foot-11 and likely weighs around 170 pounds, LAPD said. 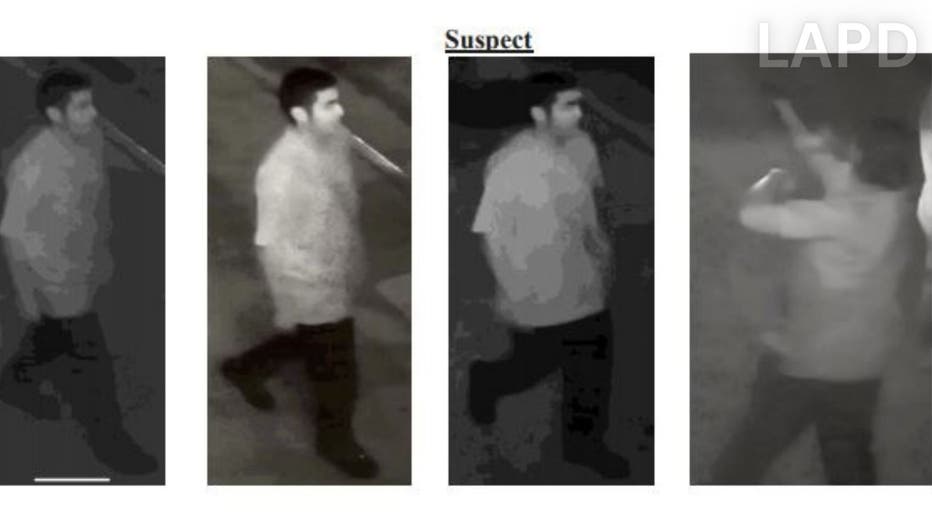 Anyone with information on the suspected gunman or the incident is asked to call 213-786-5414.