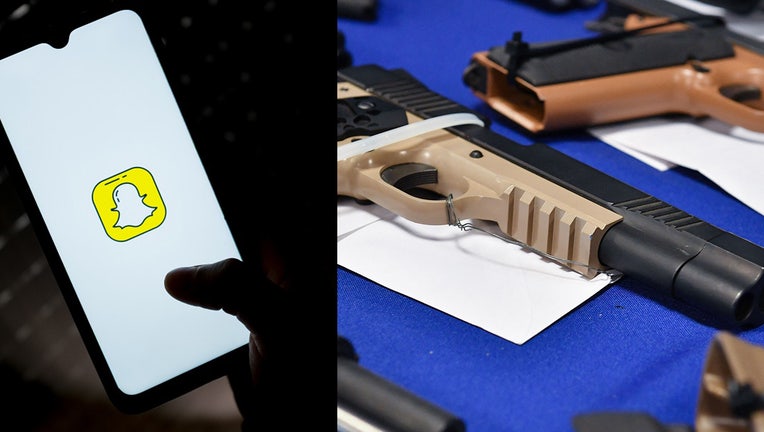 SACRAMENTO, Calif. - A California man is in trouble for reportedly using Snapchat to sell "ghost guns."

He bought them "from a company called Polymer80, a licensed firearms manufacturer in Nevada, and manufactured his own firearms and then sold the guns he had manufactured," read a news release from the Bureau of Alcohol, Tobacco, Firearms and Explosives (ATF).

He was caught when he sold guns to undercover officers and a "confidential informant."

"A search warrant was executed at Larrabure-Tuma’s residence in Sacramento and law enforcement officers found what appeared to be a firearm manufacturing operation, including partially complete firearms, firearm kits from Polymer80, firearm parts, tools for manufacturing and finishing firearms, firearm accessories, completed firearms, and ammunition," the news release read.

He will be sentenced just after the new year and could face up to five years in prison and a $250,000 fine.

What are ‘ghost guns?'

An April 2022 news release from the White House describes these firearms as, "unserialized, privately-made firearms."

Adding, "Law enforcement are increasingly recovering at crime scenes in cities across the country. Last year alone, there were approximately 20,000 suspected ghost guns reported to ATF as having been recovered by law enforcement in criminal investigations – a ten-fold increase from 2016. Because ghost guns lack the serial numbers marked on other firearms, law enforcement has an exceedingly difficult time tracing a ghost gun found at a crime scene back to an individual purchaser."