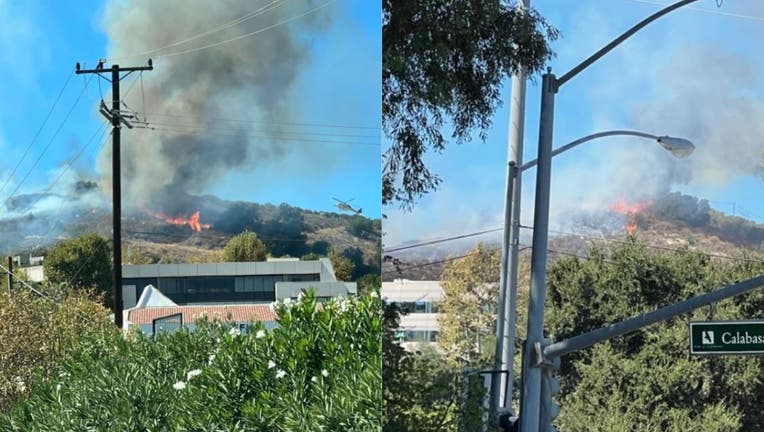 LOS ANGELES - Firefighters in the air and on the ground stopped a brush fire that grew to six acres in Calabasas Saturday.

The county fire department reported the temperature in the vicinity was 96 degrees, with relative humidity at 18% and winds from the south-southwest at 6 mph.

Just before 2 p.m., the department tweeted: "If you fly, we can't! Please, do not fly drones near wildfires."

The fire was causing minor traffic delays on the nearby Ventura (101) Freeway. No structures were threatened, Flores said.

At 3:26 p.m., the Los Angeles County Sheriff's Department's Los Hills station tweeted that forward progress of the fire was stopped and it was 20% contained by lines of cleared vegetation.

Containment rose to 75% by 5:30 p.m. and firefighters planned to remain on the scene for a few more hours to put out any hot spots, according to a city of Calabasas tweet.