Video allegedly shows the mom threatening her 12-year-old son with a gun because she wanted her SD card. Prosecutors say she shot him once, answered the phone, asked for the SD card again, and shot him again.

CHICAGO - Shocking new details were released on Sunday after a Chicago mother was charged with murdering her own 12-year-old son.

Prosecutors said that on Saturday morning, Fallon Harris, 37, confronted her son, Kaden Ingram, 12, about the location of SD card she had removed from her car on Friday night.

Video from inside their home in the South Chicago neighborhood allegedly shows Harris threatening him with a gun. When he could not give her the card, she shot him once. He was left conscious and crying.

She then went to answer the phone, and walked back to her son, asked for the card again, and when he said he didn't know where it was, she shot him again, prosecutors said. This shooting is caught on video.

Kaden collapsed on the kitchen floor and died a short time later.

She allegedly told police that she had killed her son and showed them the silver revolver she had used to do it.

Family members told police that she had been acting paranoid and complaining that people were out to get her. She has a concealed carry license. 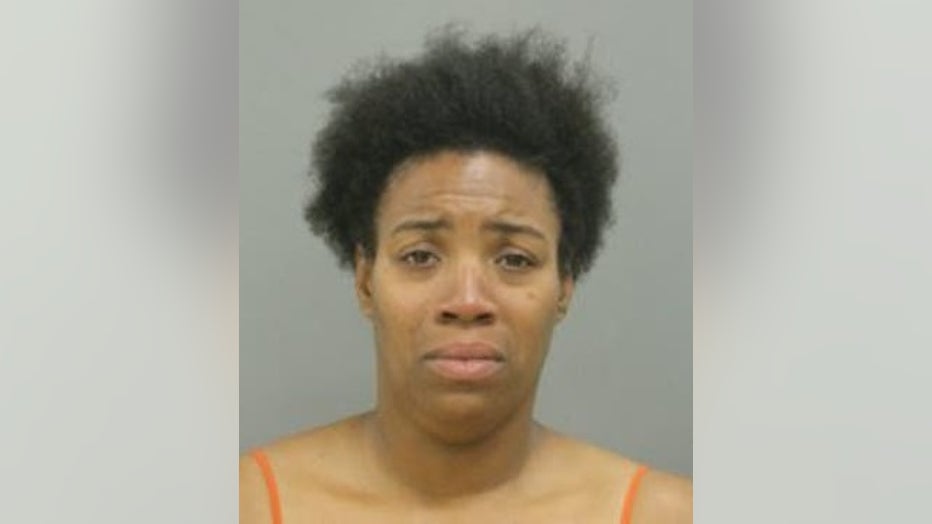 Video inside the lunchroom earlier this week at the school campus in suburban Olympia Fields shows students waiting to board buses to head home. One hall monitor was hurt trying to break up a fight.