GREENVILLE, S.C. - A tea party Republican who recently helped turn over the party leadership in South Carolina’s largest county has died from complications of COVID-19.

Pressley Stutts died Thursday, according to party leaders and his family. The U.S. Navy veteran was 64.

Stutts said he was following Trump’s wishes to kick anyone who didn’t fully support the former president out of the Republican party. 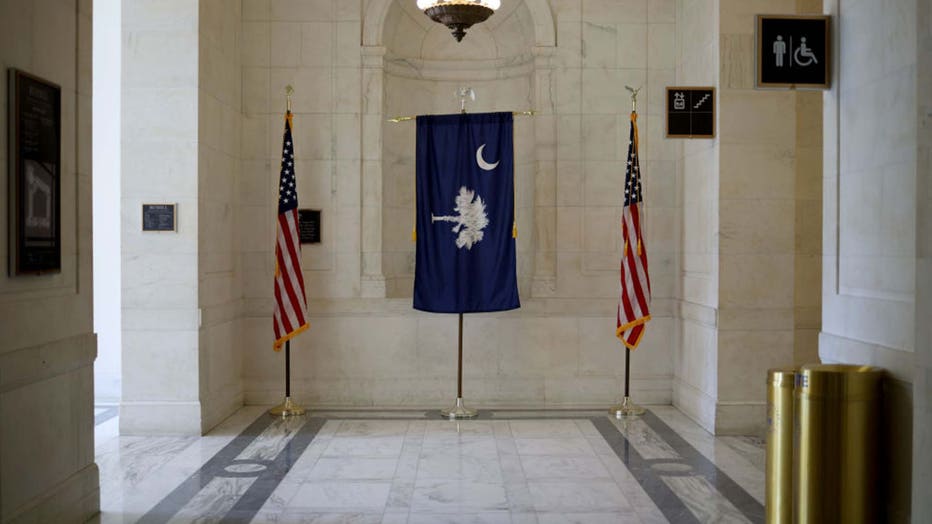 FILE - The South Carolina state flag is seen at the end of the hallway of the Russell Senate Office Building.

Stutts had been hospitalized with COVID-19 since late July, frequently updating his health on Facebook.

In early August, he posted that COVID-19 was a serious and deadly man-made disease. The origin of the disease has not been determined by scientists.

Stutts said everyone should take the disease seriously, but was against mask mandates and felt people should not be pressured to get the COVID-19 vaccine and should not demand others get the shots.

"Mandates and coercions DO NOT WORK especially when they come to us from a government that has repeatedly lied to the American People time and time again," Stutts wrote on his Facebook page.

His final post came five days before his death, when he wrote he chose to go on a ventilator and planned to "wake up from this short rest and be back in the game soon!"

"This is my OWN decision. I trust God to keep me. I ask you to trust Him, too," Stutts wrote.