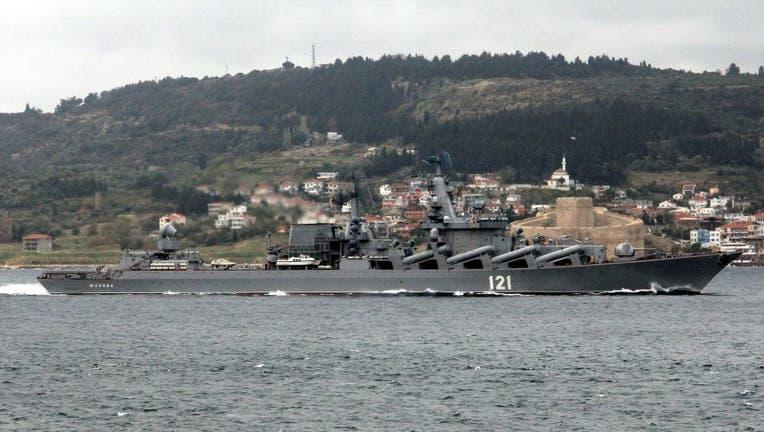 The sunken Moskva, the flagship of Russia's Black Sea fleet, may have been carrying a sacred Christian relic when it went down.

The guided-missile cruiser sank this week while being towed to port after suffering heavy damage. While the circumstances remain in dispute between Russia and Ukraine, the whereabouts of a piece of the "True Cross" — what believers say is the wood of the cross on which Jesus Christ was crucified — have also been called into question.

The timing is also notable, as this week is Holy Week leading up to Easter Sunday in the Christian religion, marking Jesus Christ’s death by crucifixion and resurrection.

The Russian Orthodox Church announced in early 2020 that the tiny relic used to belong to a Catholic Church and had been acquired by an "anonymous patron of arts," according to a report from the state-run news agency TASS.

"It was their will to send the relic to the [Black Sea] fleet. The Moskva cruiser has an onboard chapel, where services take place," archpriest of the Russian Orthodox Church’s Sevastopol District Sergiy Khalyuta told TASS.

The relic is a wood chip that is only several millimeters long, the church told the news outlet. It is embedded into a 19th-century metal cross, which is then stored in a special reliquary — or a container for such relics. 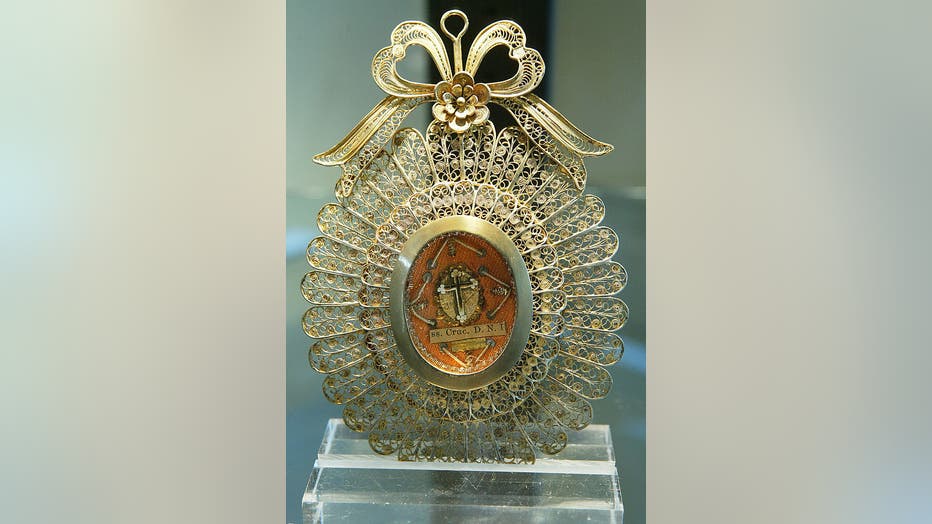 FILE IMAGE - Relics of the true cross from Jesus Christ's crucifixion is on display on April 5, 2004, at the Pope John Paul II Cultural Center in Washington, D.C. (Photo by Alex Wong/Getty Images)

The church said in the Feb. 26, 2022, report that the relic had been delivered to Vice-Admiral Igor Osipov, commander of the Black Sea Fleet, and would be delivered to the guided-missile cruiser Moskva cruiser "shortly."

This week, Ukrainian officials claimed their forces struck the Moskva with missiles amid Russia’s ongoing war with the country. Moscow acknowledged a fire on board but not any attack. U.S. and other Western officials could not confirm what caused the blaze.

The location of the piece of the True Cross was also unclear. The Russian embassy in London did not immediately respond to a request for comment.

The Moskva had the capacity to carry 16 long-range cruise missiles, and its removal reduces Russia’s firepower in the Black Sea. If Ukrainian forces took out the vessel, the Moskva likely represents the largest warship to be sunk in combat since the Falklands War. A British submarine torpedoed an Argentine navy cruiser called the ARA General Belgrano during the 1982 conflict, killing over 300 sailors on board.

Pentagon spokesman John Kirby provided an update on the situation in Ukraine as Russian forces have stormed the city of Mariupol, killing at least 10,000 civilians, according to the city's mayor. Kirby would not confirm the death total numbers but noted the large amount of bombings and Russian forces currently on the ground in that region.

The warship's loss in the ongoing invasion served as a symbolic defeat for Moscow as its troops worked to regroup for an offensive in eastern Ukraine. Earlier, forces retreated from the Kyiv region and much of the north, leaving evidence of possible war crimes in their wake.

In his nightly address Thursday, Ukrainian President Volodymyr Zelenskyy said the people of his country should be proud of having survived 50 days under attack when the Russian invaders "gave us a maximum of five."

Zelenskyy did not mention the Moskva by name, but while listing the ways Ukraine has defended against the onslaught, he said "those who showed that Russian warships can sail away, even if it’s to the bottom" of the sea. It was his only reference to the Moskva.