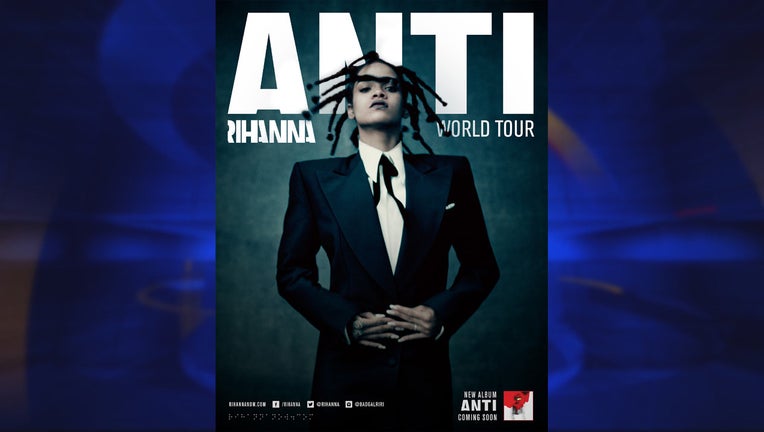 HOUSTON (FOX 26) - Singer Rihanna will tour throughout North America and Europe starting on Feb. 26, 2016. Singer The Weeknd will be her special guest during the European dates with rapper Big Sean as a supporting act. Rapper Travis Scott, who Rihanna has been romantically linked to, will serve as her special guest performer for the North America tour stops.

THE ANTI WORLD TOUR, produced by Live Nation, will begin on Feb. 26 in San Diego and end on Aug. 12 in Switzerland. Ticket sales for the North American and European concerts begin on Thursday, Dec. 3 on LiveNation.com.

Rihanna has sold 54 million albums and 210 million digital tracks throughout the world which makes her the top-selling digital artist of all time. With seven albums in as many years, Rihanna has achieved 13 Number One singles and won eight Grammy Awards. She is also the most viewed artist on Vevo/YouTube with more than 7 billion views and 23 Vevo-certified videos.

THE ANTI WORLD TOUR
*All dates, cities and venues below subject to change.