BURBANK, Calif. - The Republican congressional candidate hoping to unseat high profile Democratic Congressman Adam Schiff is accusing Schiff of neglecting his district’s homelessness problem to instead focus on Washington politics, and he walked the streets of the district with FOX 11 to learn about the underlying causes of homelessness.

As Californians prepare to hit the polls on Super Tuesday next week a recent USC poll identified homelessness as the number one issue voters care about most. And one local Republican candidate is hoping to use that to his advantage in his battle to unseat Congressman, Adam Schiff.

“He’s spent too much time in Washington seeking the limelight, it’s time for a Congressman to be here who actually cares about our district.”

Early joined FOX 11 to walk through parts of Echo Park and Hollywood, where he shook hands, broke up fights, and spoke with dozens of homeless individuals to learn their stories, and spoke with them about what can be done to help fix the problem.

Most of the homeless told Early they are from out of state, and they all had unique reasons for being homeless.

One man said he couldn’t pay his medical bills after developing colon cancer. Another man said he got into a fight with his Section 8 housing manager, who had been harassing him for not paying any rent. He told Early he hadn’t had a job since 2009 and showed him a container where he keeps his crystal meth. He told Early he pays for the meth by using the $220 in General Relief cash he gets from the county every month. 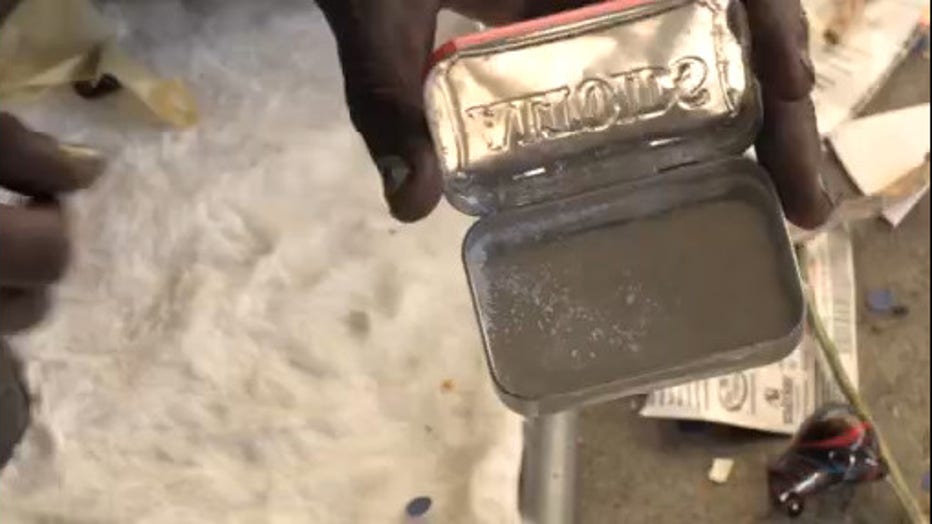 A Colorado woman told Early her mom is a crack head, her dad is in prison, and she fell out of the foster system when she turned 18. A recent USC poll revealed homelessness is the single issue Californian’s care about most in the upcoming election, and Early plans to tap into that in his campaign against Schiff.

“It’s a mess out here, it’s terrible,” Early said. “He’s done nothing, or virtually nothing for our district, certainly not a darn thing for homelessness.

Congressman Schiff declined an interview with FOX 11, but his team is pushing back against Early’s criticism, telling us that Schiff recently took part in an affordable housing round table in Hollywood, that he’s introduced legislation to help with the homeless problem, and that Early is simply a foot soldier of the President.

“These attacks from Eric Early, who is from out of the district and knows little of our community, are characteristic of someone who once described himself as Trump’s biggest supporter in California, they may please Trump, but do not impress our constituents,” Schiff’s office wrote to FOX 11. 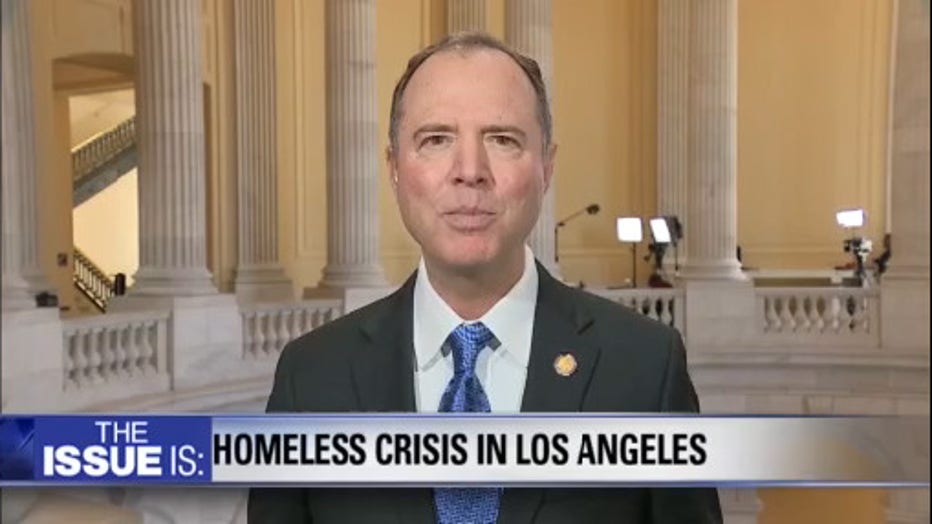 In an interview on FOX 11’s political show “The Issue Is., host Elex Michaelson pressed Schiff on the criticism he’s received.

“The biggest issue in California in your district is homelessness, and there are some critics who say while you all are busy with the issue of impeachment, there are people literally dying in the streets and the problem continues to get worse, what do you say to those critics?” Michaelson asked.

“I would say this, one of the bills you mentioned that we just passed, the funding bill for the federal government, makes a substantial increase in the investment and funding to address the problem of homelessness,” Schiff responded.

“So we are addressing this, but there is far more that we need to do, I’ve introduced a couple of bills that try to deal with the homeless situation to create tax incentives, to create more affordable housing, to make sure that we also prioritize the housing for our homeless veterans, so I’m certainly working on it, frankly it’s been a priority of mine for the last 20 years.”

As for Early, he believes the situation on the district’s streets has only gotten worse under Schiff’s leadership, and he’s hoping voters are looking for a  change. If elected, he says he plans to rebuild the mental health system from the ground up and push for legislation to remove the homeless from the streets involuntarily.

“We need somebody strong enough to fight and say we are going to forcibly move these people off the streets if they don’t come voluntarily,” Early said. That may not look quote-unquote compassionate but I believe it’s much more compassionate than leaving these folks out here to die.”