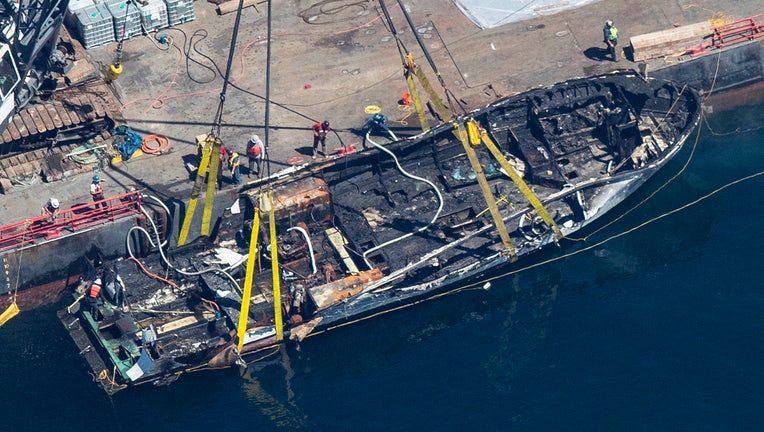 The burned hulk of the Conception is brought to the surface by a salvage team in the Santa Barbara Channel off of Santa Cruz Island, Calif., on Sept. 12, 2019.

SANTA BARBARA, Calif. - Records show the diving boat that caught fire off California, killing 34 people, was among hundreds of small vessels exempted by the Coast Guard from stricter safety rules designed to make it easier for passengers to escape.

The Los Angeles Times on Monday cites documents that show the Conception was one of 325 boats built before 1996 and given exemptions from standards imposed on new vessels. The newer rules required escape hatches at least 32 inches (81 centimeters) wide and illuminated exit signs.

The newspaper says it’s unclear whether such measures would have made a difference on the Conception. Crew members on deck said they were unable to reach passengers below because of intense flames.