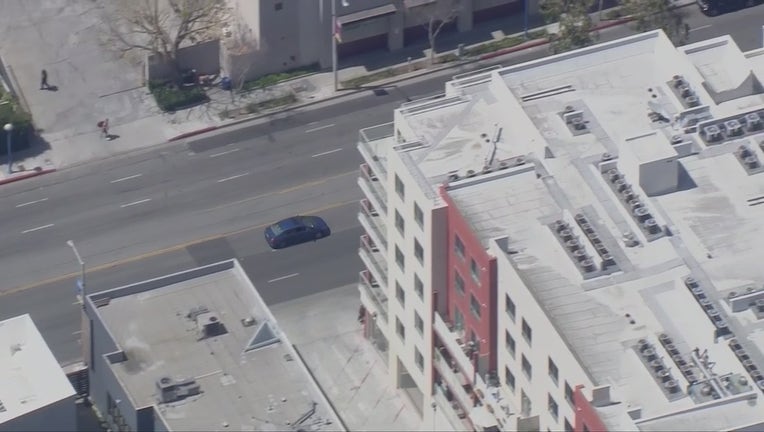 HOLLYWOOD, Calif. - Officers with the California Highway Patrol were in pursuit of a blue Honda Civic in the heart of Hollywood on Friday.

The driver was reportedly wanted for crossing double lines and being in the HOV lane alone.

Police were in pursuit of a blue Honda sedan the afternoon of April 9.

SkyFOX above captured the driver running red lights and crossing lanes of traffic, even at one time trying to get onto the sidewalk. 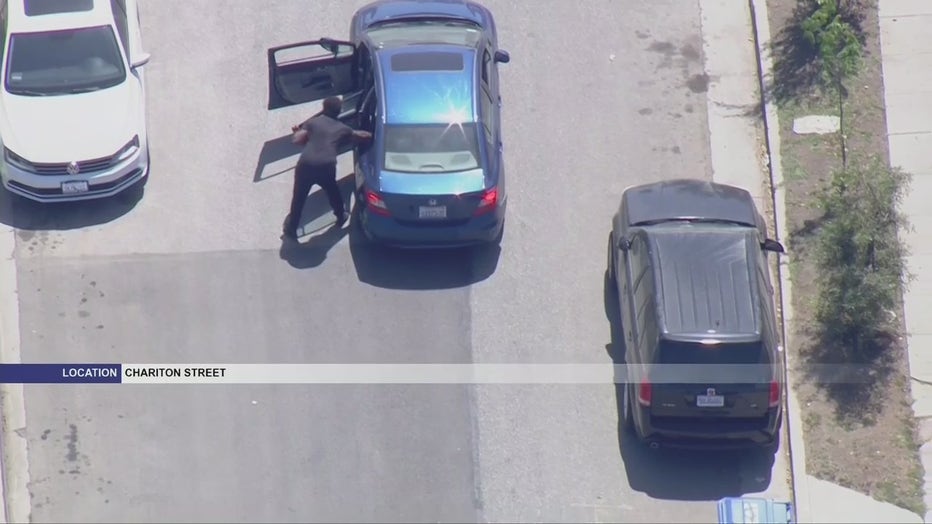 At one point the driver stopped his vehicle in the middle of a residential road and got out of his car to retrieve some items from his trunk. The items appear to be clothes, which the driver then placed in the back seat and took off again.

The LAPD will file a report of the crime using the car's license plate number.