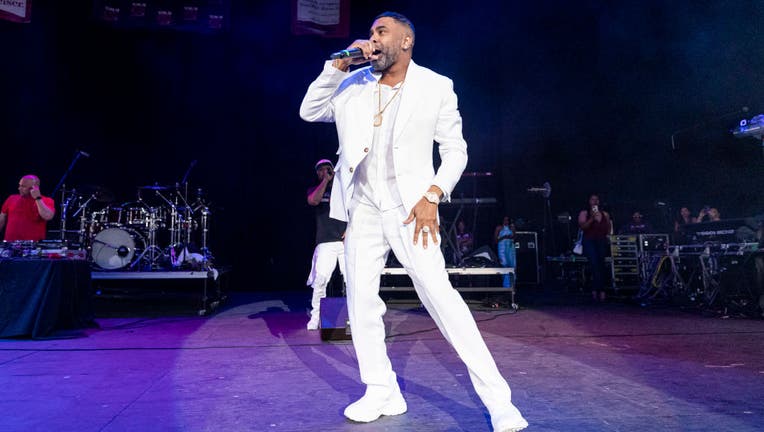 R&B singer Ginuwine was fighting for his life after a dangerous stunt went wrong during a rehearsal at Criss Angel’s Magic with the Stars show.

Earlier this week, the 51-year-old artist, reportedly was unconscious after he dunked himself underwater while holding his breath in a glass box with heavy chains on the outside, Ginuwine's rep confirmed with Fox News Digital.

"Ginuwine is okay, and he made a full recovery," his rep revealed in a statement.

"He was conquering a fear. Fortunately, everything is okay as he was working with Criss Angel, who’s the best in the business."

In a video obtained by the Daily Mail, the "Pony" singer was seen being quickly pulled out of the water after being submerged in the cube for at least 10 seconds. He then gasped for air, as staff members carried him and laid him on the ground.

COOLIO’S OLDEST SON SPEAKS OUT ABOUT HIS DAD'S DEATH AND SPIRITUALITY: ‘HE WAS A GREAT FATHER’

"Are you okay?" a staff member asked Ginuwine after the life-threatening stunt.

He nodded to confirm he was conscious.

Paramedics were contacted to assist the "In Those Jeans" singer and noted he made a full recovery after being passed out from the risky act, according to the media outlet.

"It all happened so fast, it was like he got tapped out in a fight," the source said.

"In the show he was trying to overcome his fear of being underwater as he couldn’t hold his breath for longer than 15 seconds before trying the stunt out," the source continued.

"Although he failed in rehearsals, he still went ahead with the stunt on the show, and everyone was in tears."

Ginuwine, whose real name is Elgin Baylor Lumpkin, took to his Instagram Thursday after his stunt to let his fans know that he was in good condition.

"Laughing my ass off, Prince said it best lololol," the artist captioned his post after sharing a selfie.

Former "Saturday Night Live" star Jay Pharoah, along with other Ginuwine fans, commented on his post sending him well wishes.

Other stars expected to be featured on Criss Angel’s Las Vegas show are Donny Osmond, Frankie Muniz and Tara Lipinski.