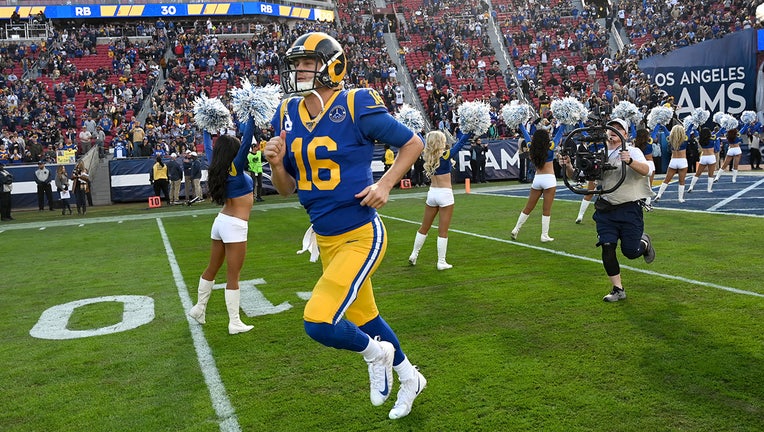 Quarterback Jared Goff #16 of the Los Angeles Rams runs on to the field for the game against the Arizona Cardinals at the Los Angeles Memorial Coliseum on December 29, 2019 in Los Angeles, California. (Jayne Kamin-Oncea/Getty Images)

The Rams final preseason game will be Sept. 3 at Las Vegas.

All four Rams preseason games will begin at 7 p.m.

The opponents and date ranges for the Rams preseason games were announced May 7 in conjunction with the release of the NFL regular-season schedule. The date of the Chargers game was announced May 20.

Just like for their regular-season home games, if any Rams home preseason games are canceled or played without spectators, any tickets purchased directly from the Rams or through Ticketmaster will be refunded within 30 days of cancellation or the decision to play without spectators.