Rams cheerleaders ready to rock out for Sunday's game

At the brand new SoFi Stadium cheerleaders promise to bring down the house as the LA Rams take on the San Francisco 49’ers for a slot in the biggest showdown in the NFL.

INGLEWOOD, Calif. - The Rams cheerleaders are gearing up for the NFC Championship this Sunday.

At the brand new SoFi Stadium cheerleaders promise to bring down the house as the LA Rams take on the San Francisco 49’ers for a slot in the biggest showdown in the NFL.

"It’s a really historic year not only for the Rams but also for SoFi Stadium and Los Angeles," said Rams cheerleader Sammy O who has been with the team since 2016, when the Rams returned to LA.

"We are one game away from being in the Super Bowl. To host and potentially be the ones in the Super Bowl, what could get better than that? We’re looking forward to it and I hope we get to that spot," said cheerleader Jennifer P.

This season has been a dream for the team. Jose C just moved here from Indiana when he secured a spot on the squad. 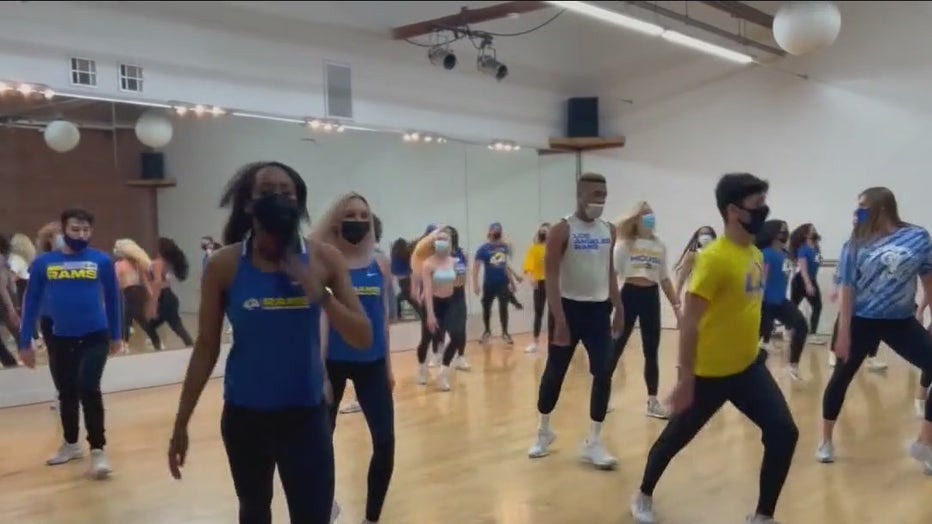 "It’s such a surreal moment for everyone here in Los Angeles and for the Rams in particular. It’s such an exciting and once in a lifetime experience that I feel incredibly blessed to be part of it this season," he stated.

Just days away from the NFC Title Game, they crunch, punch, spin and fly. And come kickoff, you better believe these guys and girls are going to give it all they've got.

"I think that the LA fans can expect a really, really packed, really loud, electric Rams house. We can’t wait to go out there and prove what we’re made of."