Warning: This video may be sensitive for some viewers.

RALEIGH, N.C. - A 20-year-old driver who allegedly lost control of a truck that hit and killed a girl participating in a Christmas parade in Raleigh, North Carolina, on Saturday morning was identified by police later in the evening.

The truck was pulling a float that was in the parade behind girls with the CC & Co. Dance Complex.

The driver was identified as Landen Christopher Glass, 20. He was arrested for misdemeanor death by motor vehicle, careless and reckless, improper equipment, unsafe movement, and carrying a firearm in a parade.

"The girls kept dancing, and then very quickly parted as the truck moved through them. There were more dancers beyond this group. We were all, I think, wondering if it was part of the parade," a woman who saw the accident told WRAL-TV.

Glass was shouting that he couldn’t control the pickup before it crashed, witnesses said. 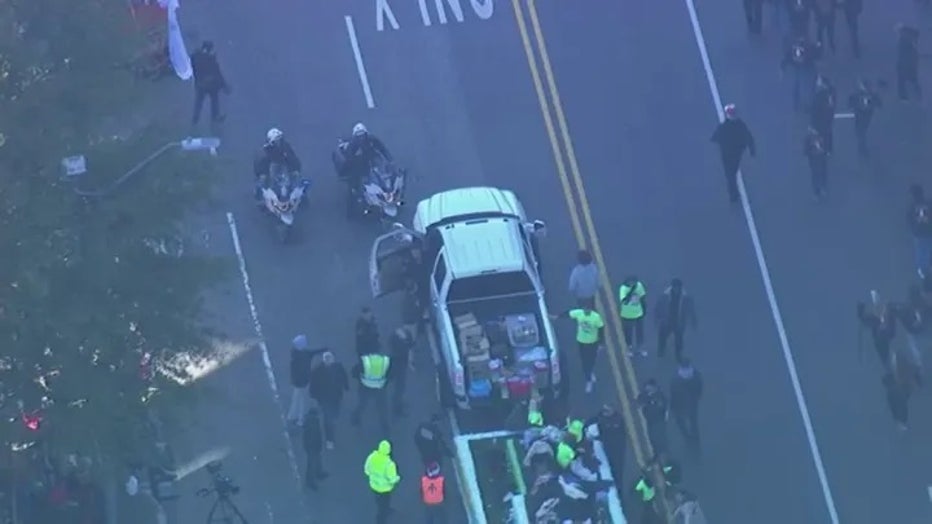 Aerial footage from WTVD shows an out-of-control truck that collided with a girl Saturday at the Raleigh Christmas parade. (WTVD)

Another bystander said she saw the girl on the ground with a blanket covering her. Others reported hearing tires screeching, screaming, and the vehicle's horn blaring at the time of the accident. 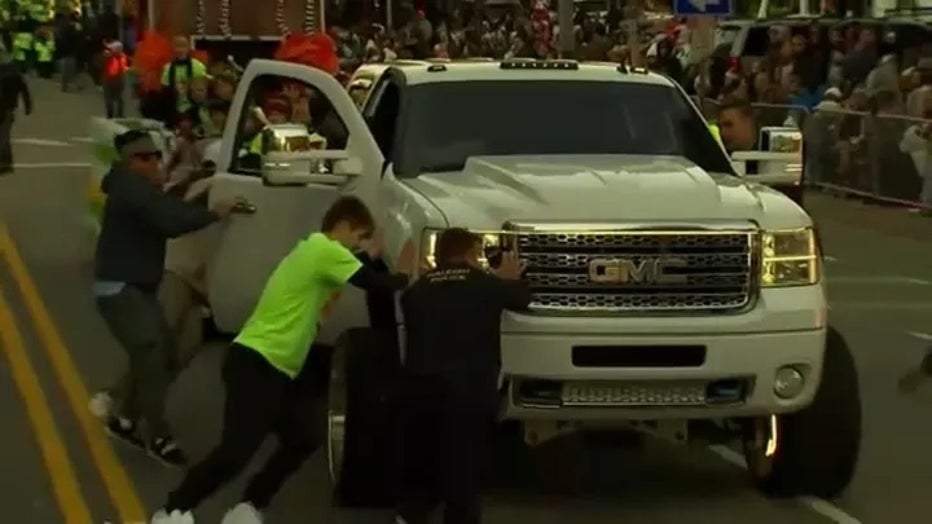 People stop a truck during the Raleigh, North Carolina Christmas parade Saturday. A girl was injured in an accident. (WTVD)

"We started dancing in the parade, and then all of a sudden, we just heard a lot of honking," fellow dancer Olivia Bruce, 14, told the News & Observer. "And when we turned back, we saw the truck almost on our backs, so we turned away," Bruce said.

The victim’s name has not been released.