SACRAMENTO, Calif. (AP) - California plans to extend eviction protections through the end of June while using federal money to pay off up to 80% of most tenants’ unpaid rent, according to an agreement announced Monday between Gov. Gavin Newsom and the state’s top two legislative leaders.

The proposal, which must be approved by the state Legislature, would extend a state law scheduled to expire next Monday that prevents landlords from evicting tenants who could not pay their rent between March and August because of the coronavirus pandemic.

To be eligible for that protection, tenants must sign a "declaration of hardship" that they they have been impacted by the pandemic and must pay at least 25% of their rent due between Sept. 1 and Jan. 31.

This new proposal would extend those protections until June 30. But it would also use $2.6 billion Congress recently approved for California to pay off some of that unpaid rent.

The state would pay landlords up to 80% of their unpaid rent — but only if landlords agree to forgive the remaining 20% and pledge not to evict tenants. 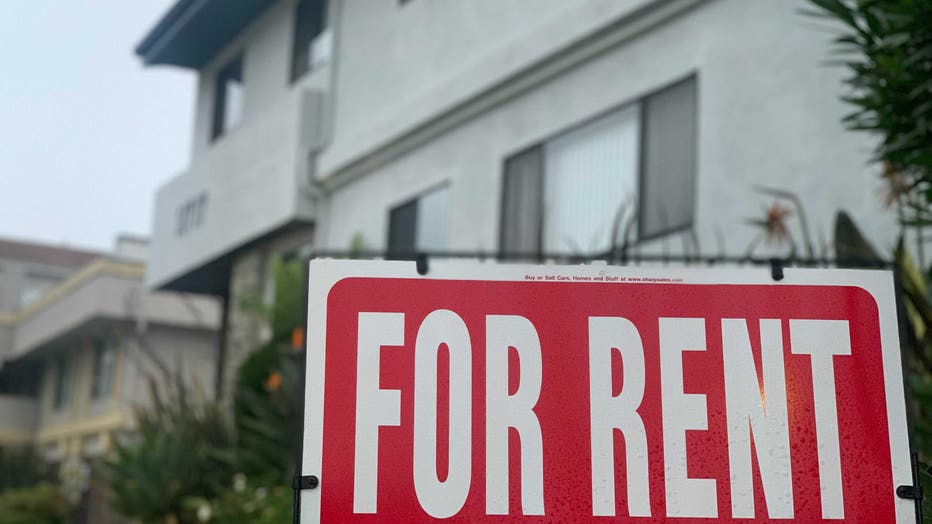 If landlords refuse that deal, the state would pay them 25% of their tenants’ unpaid rent. That would ensure those tenants qualify for the state’s eviction protections and could not be kicked out of their homes until after June 30.

The agreement is between Newsom, Assembly Speaker Anthony Rendon and Senate President Pro Tem Toni Atkins — all Democrats. The state Legislature, which is dominated by Democrats, is scheduled to vote on the bill on Thursday,

In a statement, the three leaders said the proposal "maintains California’s COVID eviction protections as the strongest statewide rules in the nation."

"But we have more work to do, together, to tackle the structural housing cost crisis in California," the statement read. "The pandemic exacerbated these issues, it did not create them. And our work to address these fundamental issues must continue with urgency and resolve."

Assemblyman David Chiu, a Democrat from San Francisco, said it was "troubling" that the amount of debt renters will have paid off is "determined solely by the cooperation of their landlord." But he praised the proposal for extending "critical eviction protections through the end of June."

"I expect there will be a need to revisit this legislation to address gaps and provide relief to additional tenants," Chiu said. "I stand ready and willing to continue that work until all California tenants are debt free and in secure housing."

State Sen. Scott Wiener, a Democrat from San Francisco and chair of the Senate Housing Committee, fears the proposal will leave some tenants out. And he worried the Newsom administration might bungle the distribution of the money, "given California’s logistical problems during the pandemic" with unemployment benefits and vaccines.

But Wiener said the state "must pass this proposal by the end of the week to avoid mass evictions."

"This proposal is a step toward the critical goals of housing stability and economic and health recovery," he said.

California lost more than 2.6 million jobs in March and April because of the coronavirus pandemic.

The state has regained more than 44% of those jobs, but is still down 1.4 million jobs compared to this time last year. But it’s been difficult to measure the impact this has had on renters.

An analysis by the Federal Reserve Bank of Philadelphia in October estimated California renters had accumulated $1.7 billion in unpaid rent.

The nonpartisan Legislative Analyst’s Office said federal unemployment benefits — which Congress has increased and extended throughout the pandemic — have reduced that number to about $400 million.

Housing advocacy groups have disputed that, saying the actual number is much higher. An analysis by Bay Area Equity Atlas and Housing NOW! California found as many as 1.1 million renter households were behind on their rent in December, facing an estimated $3.6 billion in debt.