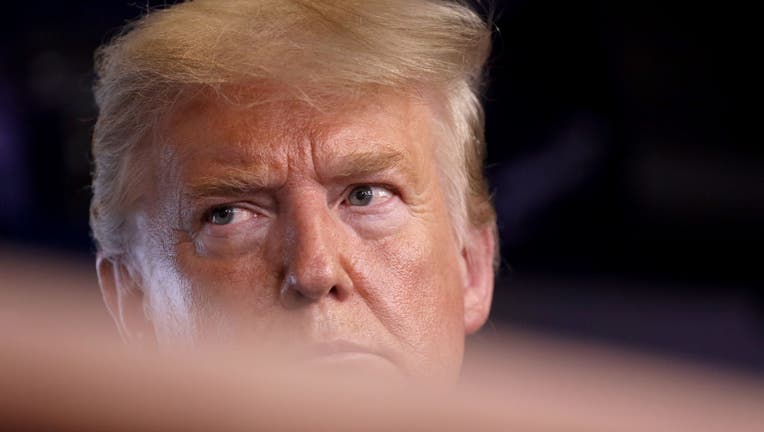 WASHINGTON - President Donald Trump tweeted on Wednesday that Iran and its proxies are planning a sneak attack on U.S. troops and/or assets in Iraq. The president warned that if such an attack were to be carried out, Iran would pay "a very heavy price indeed!"

Meanwhile, revenues from oil exports were slashed by nearly half due to plummeting oil prices in March, according to figures released Wednesday by the Oil Ministry, pushing Iraq into deeper economic uncertainty amid political dysfunction and the coronavirus pandemic.

Esmail Ghaani, head of Iran's expeditionary Quds Force, arrived in Baghdad late Monday, Iraqi officials said, in his first public visit to Iraq since succeeding slain Iranian general Qassim Soleimani. His arrival at Baghdad airport came amid a curfew to stem the spread of the coronavirus that has halted inbound and outbound flights.

WHO calls on countries to take strong action against COVID-19

The four Iraqi officials spoke on condition of anonymity in line with regulations.

The Taliban said Wednesday the group was ready to declare a cease-fire in areas of Afghanistan under its control if they are hit by a coronavirus outbreak.

The announcement follows a U.N. Security Council statement Tuesday urging Afghanistan’s warring parties to heed the U.N. secretary-general’s call for an immediate cease-fire to respond to the pandemic and ensure the delivery of humanitarian aid throughout the country.

“If, God forbid, the outbreak happens in an area where we control the situation then we will stop fighting in that area,” Taliban spokesman Zabihullah Muajhed told The Associated Press.