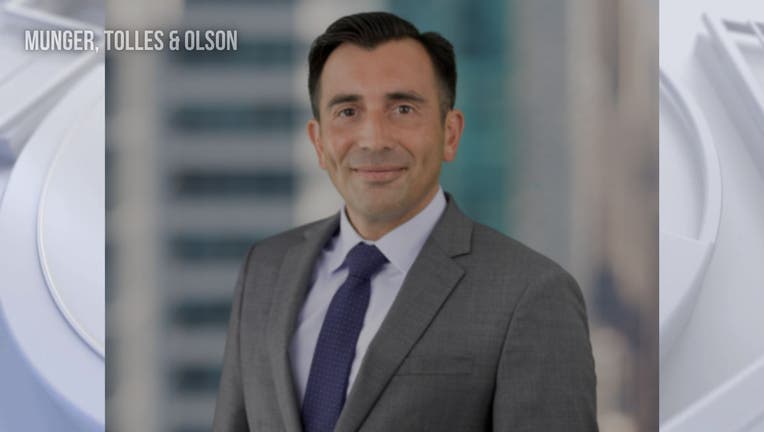 LOS ANGELES (AP) - President Joe Biden on Monday nominated E. Martin Estrada as U.S. attorney for the Central District of California, the most populous district in the country.

Estrada was an assistant U.S. attorney in the district from 2007 to 2014 and is now a Los Angeles-based partner at San Francisco-based Munger, Tolles, & Olson LLP, where he has practiced since 2014.

He represents major corporations and executives before both federal and state courts in cases ranging from product liability to government investigations and business disputes, according to the firm’s website.

If confirmed by the Senate, Estrada would lead a Los Angeles-centered district that covers seven counties with a population of 20 million people. He would be one of four U.S. attorneys overseeing California districts.

During his nearly 7 1/2 years as a federal prosecutor in the Central District, Estrada served as deputy chief of the Violent and Organized Crime Section and as the international organized crime coordinator in the Los Angeles office. According to his online profile, he prosecuted hundreds of criminal cases on charges ranging from bank fraud to murder, drug trafficking and child sexual exploitation.

Estrada is the son of Guatemalan immigrants and grew up in the Costa Mesa area.

"The Central District is where I grew up, and I love it dearly, and I look forward to the confirmation process," Estrada told the Los Angeles Times.

Estrada would replace Tracy Wilkison, who has been U.S. attorney in the Central District since January 2021.

Estrada is one of five nominees announced Monday as U.S. attorneys in the country.

They were chosen "for their devotion to enforcing the law, their professionalism, their experience and credentials, their dedication to pursuing equal justice for all, and their commitment to the independence of the Department of Justice," a White House statement said.