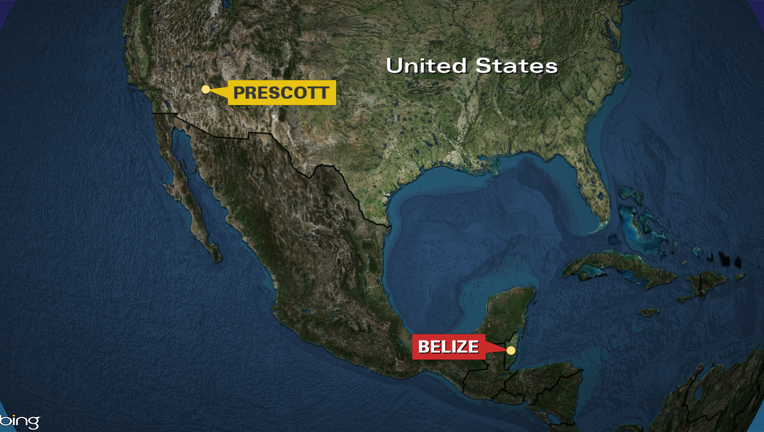 PRESCOTT, Ariz. - A Prescott woman has been reported missing while vacationing with her boyfriend on the northeastern coast of Central America.

Cherie MacKenzie tells The Daily Courier newspaper in Prescott that her 43-year-old daughter Alison MacKenzie was on a catamaran tour off the coast of Belize when she disappeared last Saturday morning.

The woman says she was told that her daughter was last seen Friday night by her boyfriend, 58-year-old Paige Rote. 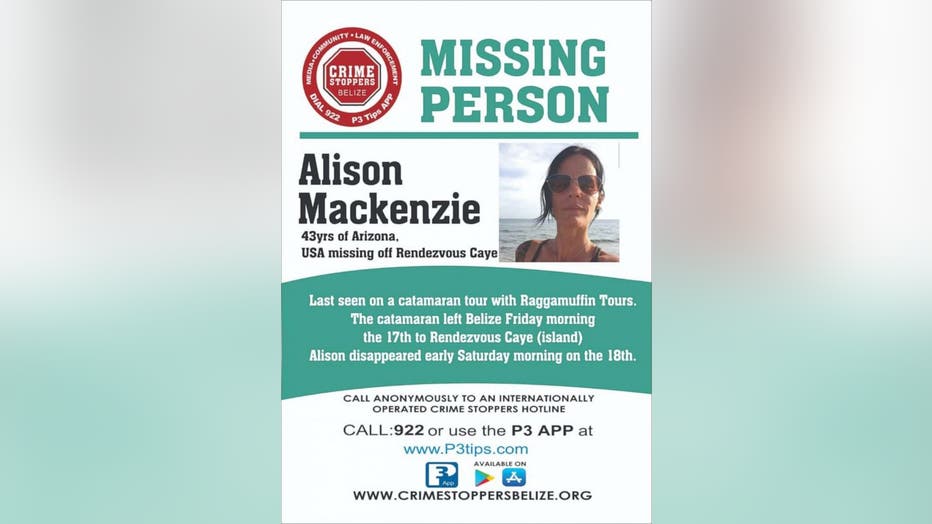 The couple was camping with a group of other tourists on a small island called Rendezvous Caye, located 21 miles east of Belize.

Cherie MacKenzie says the American Embassy is assisting with the investigation.

U.S. State Department officials said in a statement that they are aware of reports of a U.S. citizen missing in Belize and are working closely with local authorities in the search efforts.

Alison MacKenzie has lived in Prescott since 1998 and is the mother of two grown children.

Meanwhile, Belizean tour operator Raggamuffin Tours has issued a statement on the incident.

"Raggamuffin Tours Limited is cooperating fully with law enforcement officers in their investigation into this incident. We have given the Belize Police Department comprehensive details of all passengers and met with our crew. We are aware that extensive interviews have been conducted by the Police at Rendezvous Caye and in Caye Caulker," read a portion of the statement.