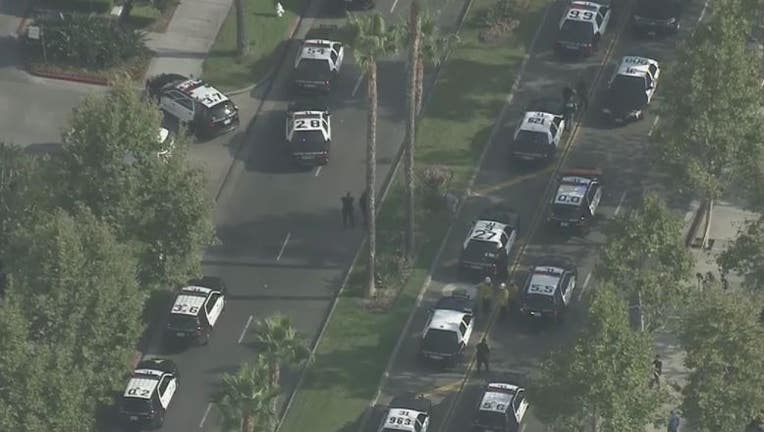 Once officers arrived on scene they located one victim in the parking structure with a gunshot wound to his upper torso.

The second victim was found in the lobby with gunshot wounds to his upper and lower body. Officers then located the third victim, the 29-year-old tenant, on the 15th floor suffering from a single grazing gunshot wound to the head and other blunt force trauma injuries.

An investigation revealed that an armed robbery occurred during a marijuana transaction. Police say during the attempted robbery the physical altercation escalated and shots were fired.

All three men were transported to a local hospital.

While everyone describes this complex as a beautiful luxury high-rise, some residents say it’s become a hub for criminal activity.

“Unfortunately the tenants... some of them are the worst ever. Everything from dope dealing, illegal weed, prostitution, gambling rings. You name it… it’s been in this building,” said one neighbor.

Police say they identified two men as the main suspects in the case. Both remain in custody at a local trauma center.

Detectives are looking into the possibility if this crime is related to other similar robberies that have occurred at the apartment complex.

Anyone with information is encouraged to contact the Santa Ana Police Department Homicide Section at (714) 245-8390.