LOS ANGELES - Police pursued a reported stolen U-Haul truck going southbound on the 405 Freeway from Santa Fe Springs to the Orange County area and, then to Long Beach where the suspect and passenger were taken into custody Monday night. 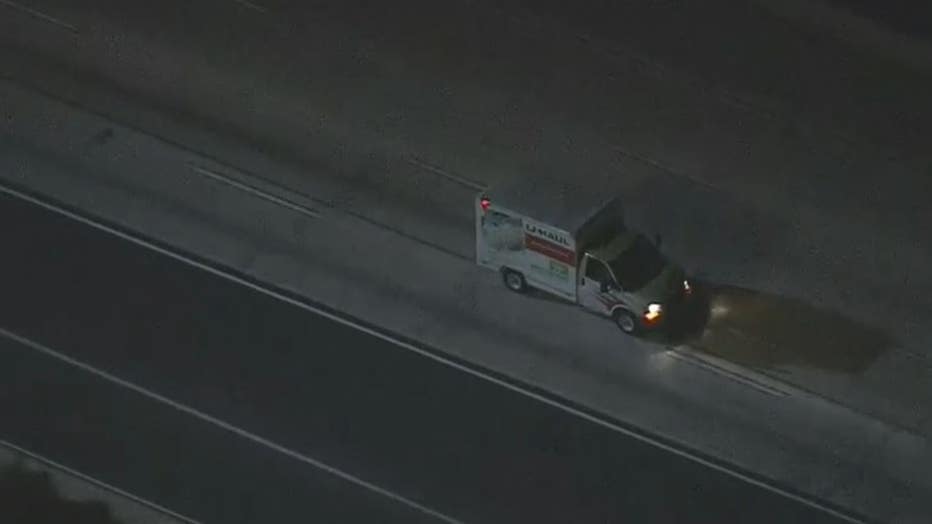 Buena Park police initially started the pursuit at around 8:30 p.m., but the California Highway Police was assisting, the CHP said.

Then, the driver decided to take the 22 Freeway westbound heading back towards the 405 Freeway in the Garden Grove area. 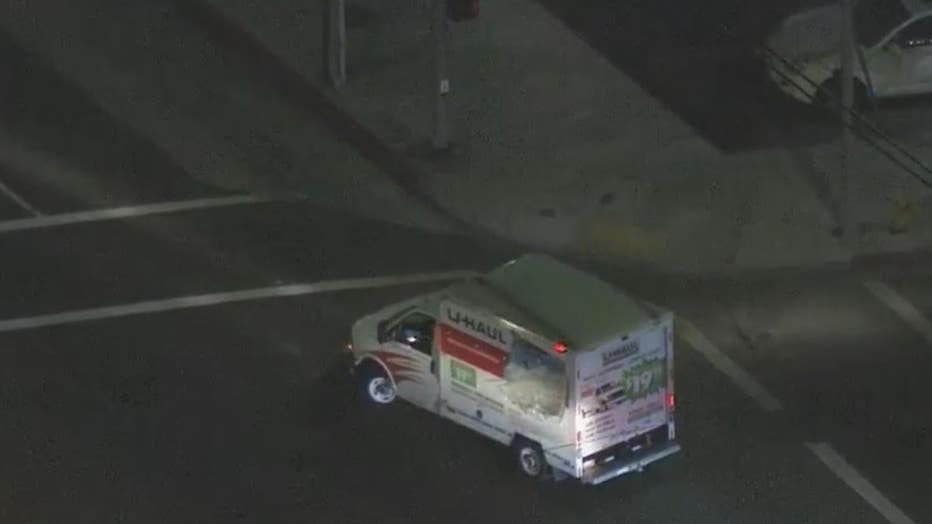 Next, the driver took the northbound 405 Freeway and headed towards the Long Beach area.

After losing a tire, the driver led police onto Long Beach Boulevard and other surface streets, occasionally driving on the wrong side of the street.

A short time later, the front right tire also seemed to be damaged and the U-Haul began to spark. 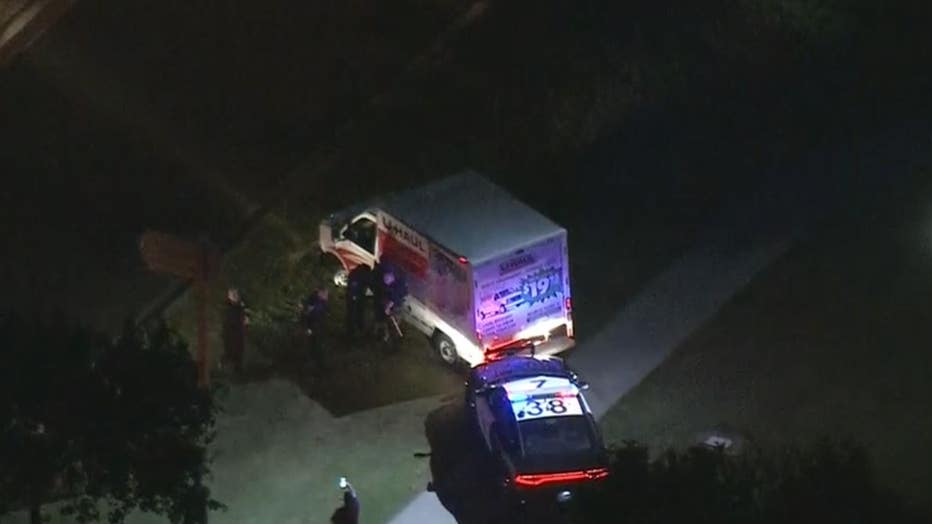 At around 9:45 p.m. the pursuit suspect crashed the U-Haul into a parked truck on Long Beach Boulevard, near 47th Street, in the Long Beach area.

Shortly after, the pursuit comes to an end after the suspect driving a U-Haul truck and the passenger were taken into custody.