Intense moments during a pursuit as a reckless driver led police through several SoCal cities on Tuesday evening.

LOS ANGELES - A motorist originally wanted for reckless driving and speeding led California Highway Patrol officers on a nearly two-hour pursuit from Calabasas, through Encino and south into the South Bay area on Tuesday evening before driving under a thick marine layer and away from law enforcement helicopters.

The pursuit started shortly before 5 p.m. when a CHP officer pulled over a gray car on the eastbound Ventura 101 Freeway in Calabasas for erratic driving and speeding, according to CHP Officer Elizabeth Kravig.

After the pursuit started in the West San Fernando Valley, the CHP deferred to the Los Angeles Police Department when the car got off the freeway and the driver led officers on streets in Encino and Sherman Oaks.

The driver led authorities on surface streets while slowly weaving in and out of lanes. 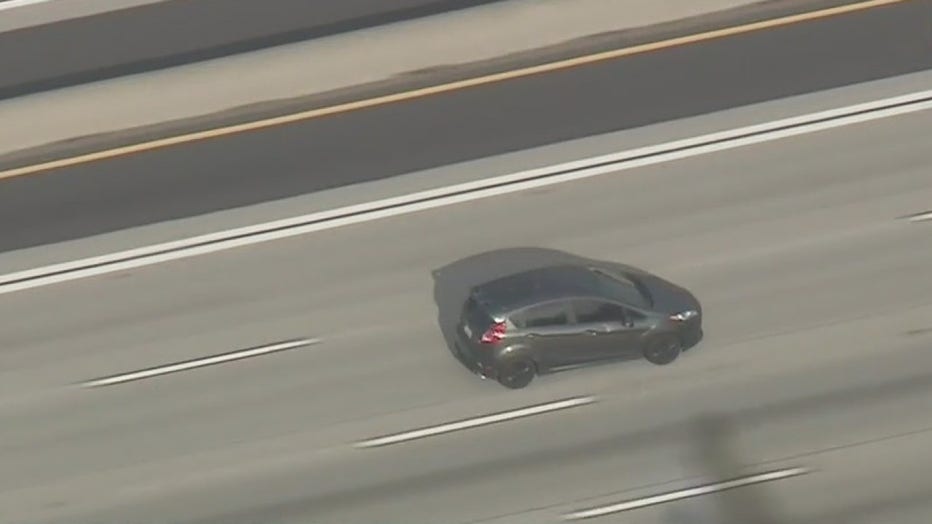 The suspect drove erratically and on the wrong side of the road.

The driver then sped off and was going more than 80 mph on surface streets.

RELATED: Police chases in and around the Los Angeles area.

The suspect continued south on the San Diego 405 Freeway, passing LAX and headed into the South Bay area of Los Angeles.

The car entered the southbound San Diego (405) Freeway on the Ventura Boulevard on-ramp and at speeds up to 100 mph exiting in the Lawndale area.

At about 6 p.m. the pursuit driver then pulled into a strip mall parking lot in the Lawndale area, but after police began converging and drove off again.

The suspect went back on the southbound San Diego 405 Freeway in the Torrance area driving at speeds over 90 MPH.

CHP helicopters left the chase at 6:46 p.m. when the suspect drove beneath a thick marine layer north on Pacific Coast Highway toward Rancho Palos Verdes.